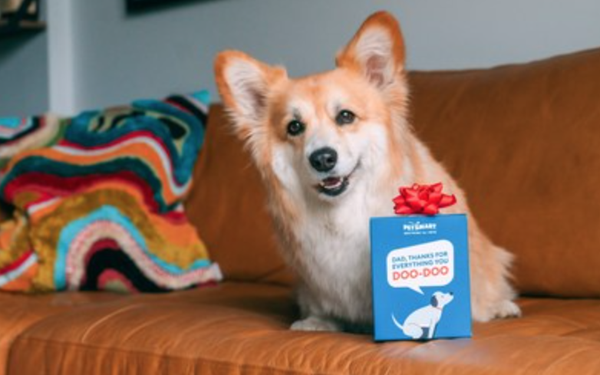 Despite growing concerns about inflation, consumer spending for Father’s Day is expected to total $20 billion, nearly on par with last year’s record-setting figure of $20.1 billion, according to the annual consumer survey from the National Retail Federation and Prosper Insights & Analytics.

About 76% of U.S. adults are expected to celebrate Father’s Day. Consumers plan to spend an average of $171.79 to honor their fathers and other important men in their lives, nearly mirroring last year’s expected average spending of $174.10.

Retailers play an important role in influencing shoppers’ gift purchases: 30% percent of consumers report that they look to retailers for gift inspiration.

PetSmart aimed to help four-legged “kids” do something special for their “dads” the year by offering free, limited-edition poop bag cards available at AnythingforPets.com.

Dogs can express just how “stinkin' great” they think their dads are with fun and loving messages such as “Dad, you're #1 for picking up my #2" and "Dad, your pick-up game is no joke.” The funny Father's Day card-inspired messages were printed on poop bags. 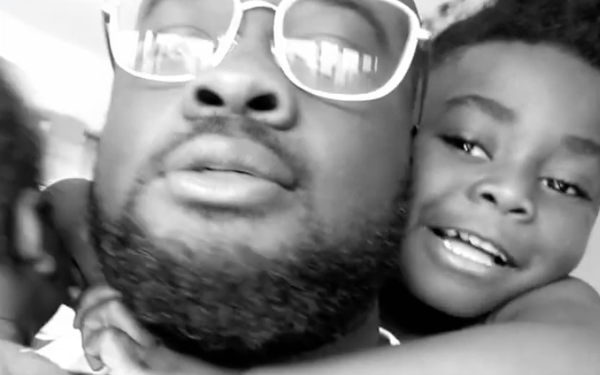 Dove Men+Care is launching #CelebrateBlackDads to amplify the voices of Black fathers on social media. The effort encourages users to add these fathers to their feeds and find inspiration in the care they show.

Black fathers are present in caring for their families but too often, media and culture do not convey this truth. According to a new research study commissioned by Dove Men+Care, fewer than half of Black fathers believe social media, mainstream media, and popular culture portray Black fatherhood accurately.

The company is partnering with Grammy Award-nominated country music star Jimmie Allen for the effort.

Food and beverages are a big part of celebrating Father’s Day, and Entenmann's is calling on fans to enter the "Dads of Glory: A Father Figure Showcase."

Now through July 1, fans can nominate the deserving father figures in their lives by submitting a video clip at www.DadsOfGlory.com for a chance to win prizes including $50,000 and a year's supply of Entenmann's Donuts.

Specially marked "Dads of Glory: A Father Figure Showcase" boxes of Entenmann's Donuts are available for purchase through July 1.

The regional restaurant chain has been featuring giveaways through its Facebook and Instagram pages. Winners will be selected to receive a "Perkins Father's Day Prize Pack.” 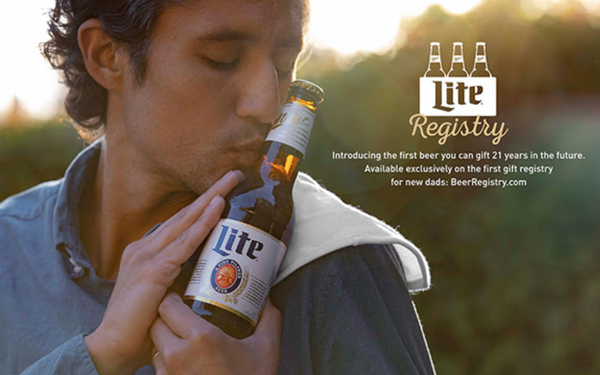 Miller Lite is offering a Father’s Day gift option for soon-to-be dads who can visit www.BeerRegistry.com to create their own dream registry, with items like 6-packs and tallboys.

It’s also the exclusive place to snag a Miller Lite Beer Bond – a contract that gifts the first-ever Miller Time drinking experience 21 years into the future.

Finally, actor Nick Offerman  and his father are stumping for Lagavulin Single Malt Scotch Whisky in the sixth Father’s Day installment of their long-running video series, “Lagavulin: My Tales of Whisky.”

With nearly 40 video spots under their belts, “Nick Offerman & Lagavulin Present: Dad Does It Better” shows the Offerman men going off the grid, braving the wilderness.

The company is making a $50,000 contribution to the California Fire Foundation to benefit California firefighters, their families and the communities they protect. The handcrafted wooden bear featured in the video will be auctioned on Charity Buzz on June 22 to further provide funds to the Foundation.