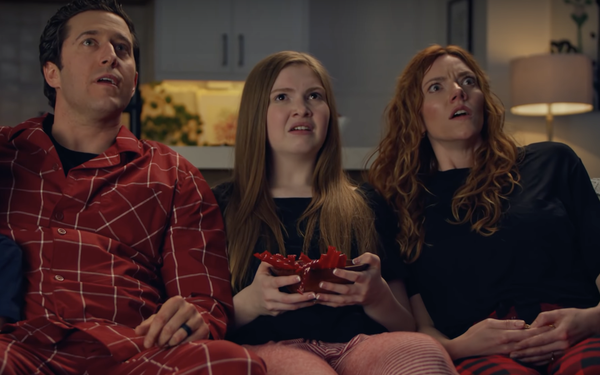 An uninhibited “Dirty Dog” explains the virtues of VidAngel in a new campaign for the five-year-old subscription service that allows users to filter out objectionable content from movies and shows on streaming services.

In one of the first two videos, Gus proclaims, “My humans just downloaded VidAngel to filter out the nudity, profanity and graphic violence of their favorite shows. Which is crazy, because they never filter me. I’m always naked, cussing daily.…I’m so glad my humans don’t speak canine. They wouldn't be so quick to call me ‘good boy.’”

Similar points are made in a longer video, which had 80,000 YouTube views after three weeks.

While VidAngel filters content from such platforms as Netflix, Prime Video and Apple TV+, it won’t work with Hulu, HBO Max or other content owned by Disney or Warner Bros. That’s the result of a copyright infringement battle won by those two studios against VidAngel in 2020.

Since that time, the original VidAngel company rebranded itself as Angel Studios, whose main claim to fame has been producing the Jesus bio-series “The Chosen.” A new company was then formed in March 2021 called VidAngel Entertainment.

Jeff Harmon, co-founder of both Harmon Brothers and Angel Studios, was head of marketing (and co-founder) for the original version of VidAngel, but has no position with the new incarnation

VidAngel costs $9.99 a month. The company does not disclose how many subscribers it has.