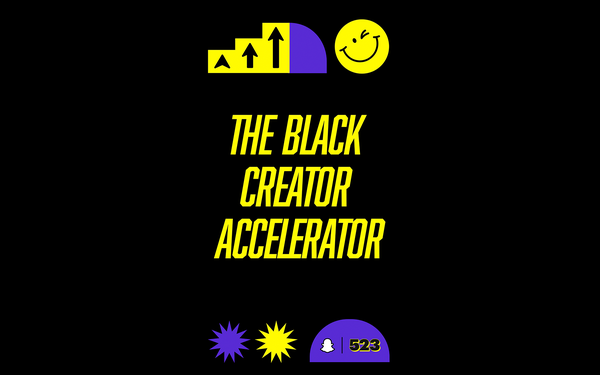 As a move intended to ensure that creator content reflects the diversity of its user base, Snapchat announced on Thursday the “Black Creator Accelerator,” a program focused on supporting 25 emerging, undiscovered Black creators while they pursue a full-time creator career.

Research has found that Black creators suffer some of the same inequities that are present in other industries.

A December report from MSL U.S., in partnership with The Influencer League, found that twice as many white influencers were bringing in $100,000 or more annually compared to Black creators making similar content for audiences of a similar size: The pay gap between both groups was 29%.

“We believe one of the ways we can help remove some of those barriers is to provide mentorship and financial resources to emerging Black creators in the early stages of their professional career,” Snap said in a statement.

The social media platform is accepting applications for this new program through August 12 and will select participants by early September.

“These creators will be selected based on their unique voices, alignment with Snap’s values, and vision for their career without giving preference to follower numbers or previous brand partnership experience,” added Snap.

Those accepted into the program will receive a $10,000 monthly stipend for one year, mentorship from viral influencers, the ability to Beta test Snap’s newest features, a new Google Pixel, and access to educational resources to ensure success on Snap.

The accelerator is designed and run in part by 523, Snap’s ecosystem of accelerators serving companies and creators from traditionally underrepresented groups.

In its attempts to create more equity on its platform, Snap also has the Yellow accelerator program, a tech incubator that invests $150,000 into creative startups. Snap reported that in 2021, 7 out of 9 companies had at least one BIPOC or female founder.