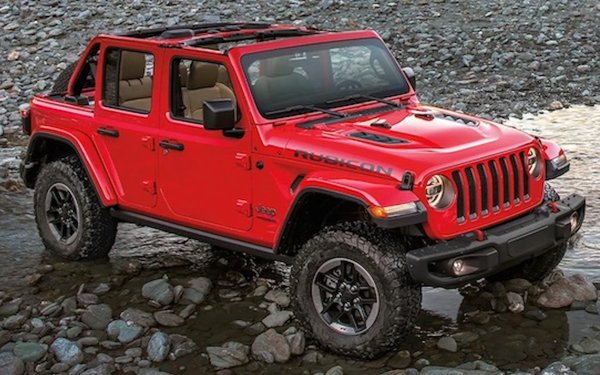 Jeep has been named the “most patriotic” for-profit brand for a 20th year in a row, despite the fact that its current parent company, Stellantis, is based in Amsterdam.

Jeep’s parent company, Chrysler, was previously part of the Italian-controlled Fiat Chrysler Automotive and before that was part of Germany-controlled DaimlerChrysler.

During the first decade of conducting the study, Brand Keys did receive some comments about how some of the top 50 most patriotic brands didn’t deserve the rating because they were not actually manufactured in the United States, says Robert Passikoff, founder and president of Brand Keys, the New York-based brand loyalty consultancy.

“But country-of-origin is part of the rational side of decision-making,” Passikoff tells Marketing Daily. “I’d bet a lot of money that not one in 10 consumers could name ‘Stellantis’ as Jeep’s parent company, let alone spell it. The value ‘patriotism,’ on the other hand, falls into the emotional part of decision-making, which accounts for nearly 70% consumer engagement with automotive brands — much more important than where vehicles are actually made.”

Jeep is the brand that was there for every war America ever fought, he adds. Meanwhile, the seventh-ranked brand is Ford Motor Co., which has been based in Michigan since it was founded in 1903.

In the aftermath of grassroots movements like Black Lives Matter, the COVID pandemic, the Jan. 6 Capitol attacks, and increasing levels of gun violence, there is no shortage of challenges facing brands, Passikoff says.

“Brands now battle in a marketplace impeded by the pandemic, political tribalism, and intensified social activism, all of which coalesced to change lives and notions of patriotism,” he says.

Companies that left the top 10 this year include Hershey’s, Kodak, Colgate, Zippo, Marlboro and Gillette, while companies that fell out of this year’s top 50 included Campbell’s, Purell, Tesla, Twitter, and Zoom.

To determine the 2022 rankings, Brand Keys asked 5,804 consumers who were 16 to 65 years of age, balanced for gender and political affiliation, to assess 1,172 brands in 131 categories, using emotional engagement measures.

While the Brand Keys annual survey focuses on for-profit brands, assessments for the Air Force, Army, Coast Guard, Marines, and Navy are included. Consumers again rated the armed services as number one, as they have since the survey was initiated in 2002, said Passikoff.

“Brands new to the 2022 list are there due to the emotional engagement they’ve been able to create when it comes to specific issues like the pandemic (Pfizer and CVS), the economy (Dollar General and Costco) and the impact of gun violence and gun control advocacy (Dick’s Sporting Goods),” Passikoff says.

While Independence Day gives marketers an opportunity to champion brand and patriotic values, "what used to be forthright patriotic marketing has mutated to camouflaged promotional ploys," he says.

“Unfortunately, red, white, and blue bunting can't cover up the faults in that strategy,” Passikoff says. “When it comes to engaging consumers, waving an American flag, and having an authentic and believable foundation for being able to wave that flag, are entirely different things. Consumers know it. More importantly, they act on it.”