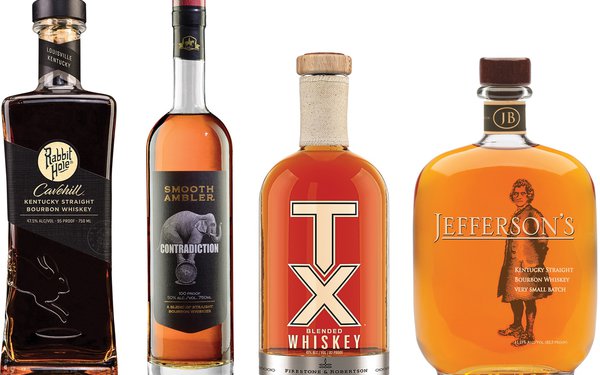 Move over Scotch, Irish and other whiskey nationalities. Just in time for the Fourth of July, Pernod Ricard has made a major move in pushing American Whisky, both domestically and globally.

The spirits giant has created a new business unit called The American Whiskey Collective dedicated to the marketing and production of its Smooth Ambler, Rabbit Hole, Jefferson’s and TX brands. The first was acquired by Pernod Ricard in 2017, the others in 2019.

The American Whiskey Collective will be headed by Craig Johnson, previously vice president marketing of Pernod Ricard’s Impact Brands (American Whiskies, Tequilas and Champagne/Sparkling Wine).  Johnson has held marketing positions at Pernod Ricard since 2004, with a five-year break at Absolut starting in 2013.

“With the launch of our new American Whiskey Collective, we can expand our portfolio and attract new consumers through an enhanced marketing, infrastructure, and operational approach,” he posted on LinkedIn.

Johnson reports to Ann Mukherjee, chairman and chief executive officer, Pernod Ricard North America, who said that “American whiskey is an extremely vibrant spirits category, and our investments over the last few years in Jefferson's, Rabbit Hole, Smooth Ambler and TX have proven very successful. Now it's time to drive even more outsized growth for these brands."

The growth of the four brands was evidenced during the second half of 2021, with Jefferson’s sales up 16% year-over-year, Rabbit Hole up 50%, TX up 108.5% and Smooth Ambler up 15.4 %, all according to statistics from the National Alcohol Beverage Control Association.

Pernod Ricard acquired Smooth Ambler in 2017 and its other three American whiskey brands in 2019.

Pernod Recard pointed out that American whiskey volume in the U.S. has more than doubled in the past decade, from 16 million 9-liter cases in 2011 to 29.7 million in 2021, according to the Distilled Spirits Council. Exports of American whiskey have also been enjoying strong growth, with annual sales now exceeding 20 million cases, the company noted.