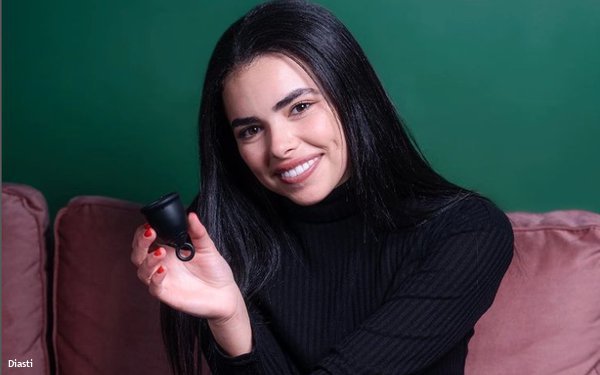 While there's no shortage of D2C period products, Viv is a start-up that stands out through activism. Led by 25-year-old founder and CEO Katie Diasti, Viv uses weekly blogs, TikTok and Instagram to educate people about sustainability, menstrual health and reproductive care. And with the U.S. Supreme Court's decision to overturn Roe v. Wade, its messaging is taking on new urgency.

D2C FYI: It would be hard to overstate D2C's impact on the menstrual product category. Tell us how Viv started and what you think makes it different.

Katie Diasti: Back in 2018, I started studying the period industry. And there's been so much noise and excitement. That's awesome, because it's overdue. When you compare it to other hygiene industries, like beauty, there just weren't enough options.

There's still a lot of white space. I started Viv because I am passionate about being more sustainable and reducing plastic waste in my own life.

A single menstrual pad is equivalent to four plastic bags. And it can take up to 800 years for a pad or tampon to break down in a landfill.

Diasti: We focus on fiber innovation. Our first products were biodegradable bamboo pads and liners. Bamboo uses less land and water to grow and is softer and more absorbent. [These products] are plastic-free and break down in 150 days, compared to that 500- to 800-year range.

Then we launched the period cup, which is our best-selling product. It's beginner-friendly, with zero waste.

We've also got organic cotton tampons with plant-derived applicators. The goal is to meet menstruators wherever they are and help them find a better alternative.

D2C FYI: What is your approach to marketing?

The times of brands just being a product are long gone. We're trying to be the voice of our community, especially when the government isn't protecting us.

We want to build an inclusive brand. With so much going on that affects our consumer base, we've been focused on education and activism.

We work with hormonal health coach affiliates and influencers, and they tend to perform well for us, especially for the cup.

D2C FYI: Who is the target audience?

Diasti: People who vote with their dollars, who are both eco- and socially conscious, with strong preferences about period care. We're seeing a lot of growth in the hiking and outdoor community.

D2C FYI: America is currently in a period of intense vaginal politics. How have these past few months, including the Supreme Court decision, impacted Viv?

Diasti: There's a lot of pressure on Gen Z to be activists to fix these problems. And they put a lot of that pressure on themselves. It's disheartening and frustrating since so many are still just getting the right to vote. But there's also so much hope there.

I'm always impressed, especially when I look at our TikTok comments, at the in-depth questions people feel comfortable asking on a public platform. It's a great example of how Gen Z is comfortable with their bodies, which is unique compared to past generations. They want products that make them feel confident and know will work. And they want to collectively come together to create impact.

Diasti: Yes. And we've been very openly pro-choice on our platforms. We've sent out resources on how to get an abortion via email and our social media platforms. We've done a few campaigns around giving back to abortion funds.

Every so often, we get someone who is outraged, saying, "Unsubscribe me." But it's very few, and we are okay with that. We're not here to just take every dollar we can from any consumer.

D2C FYI: How are you funded?

D2C FYI: You've said you're in talks with some retailers. Do you envision yourself as primarily a digital brand?

Diasti: We've been D2C so far. We launched on Amazon this past January, and that's been growing, which has been exciting. And now we're expanding to retail, launching in a few natural grocers in the next few weeks. And we have some things happening with bigger drug store chains that can't be specific just yet.