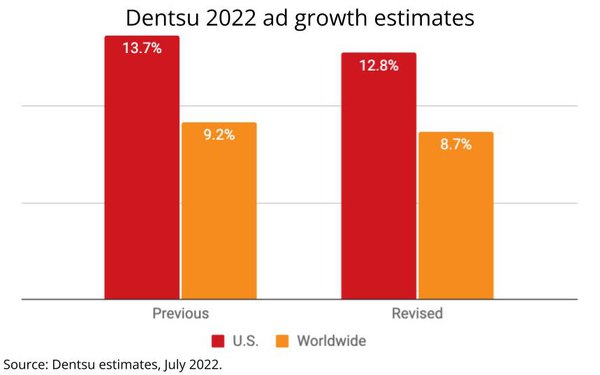 Citing media price inflation, as well as geopolitical unrest, Dentsu this morning became the fourth of the Big 4 to revise its U.S. and worldwide ad-spending outlook downward for this year.

"Due to continued uncertainty, the current and historical comparison data has also been adjusted to remove Russian investment from the forecast, to better reflect the rest of the international ad spend trends and predictions," the agency said in its midyear update revising its January 2022 estimates down nearly a percentage point for the U.S. and half a point for worldwide ad spending this year (see above).

“Even with everything which has happened in recent months, not least the protracted war in Ukraine and its international repercussions, the advertising recovery remains strong on a global scale," Dentsu International Global CEO of Media and Global Clients Peter Huijboom said in a statement issued with the update. 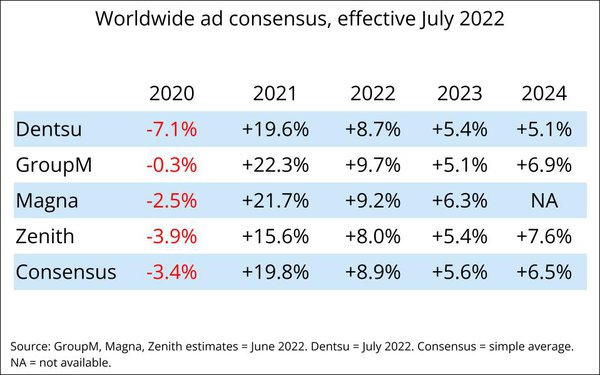 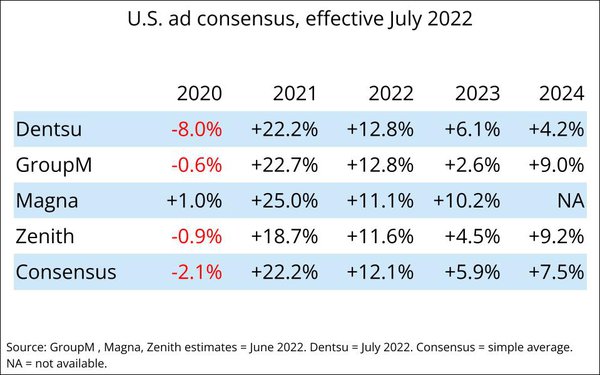