Does ESPN/ESPN+ Want To Play A New Ball Game? 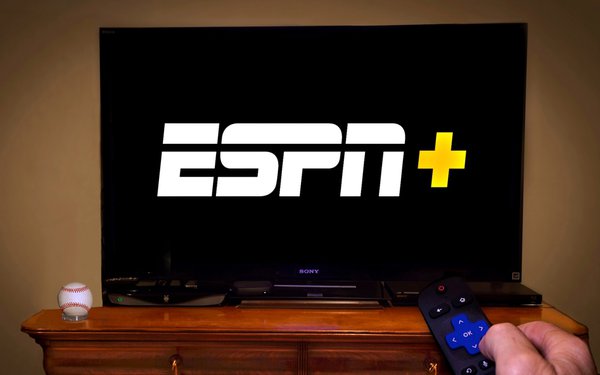 But now, increasingly Disney has — the future of ESPN has always been on its mind.

Two weeks ago, it somewhat shockingly raised the price of ESPN streamer ESPN+ by a massive 43% — to 9.99 a month. The streamer has 22.3 million subscribers and the cable TV network is in 76 million U.S. TV homes.

In case you have forgotten, ESPN is still the big kahuna among U.S. cable networks in terms of ad sales ($11 billion) — and at times, in terms of viewership.

Live sports can be a big deal for marketers. And they will spend premium dollars for that access, especially in pursuit of male viewers. ESPN has been so highly valued at times that Disney has considered the idea of spinning off the cable network to extract more value.

These days ESPN+ is a key part of the Disney trio streaming bundle, along with Disney+ and Hulu.

The major near-term — or even mid-term goal — concerns the future for ESPN beyond traditional pay TV carriage, especially as the drip, drip of cord-cutting gets louder.

When will ESPN move off of legacy pay TV services and become a full time internet-based steamer?

Big revenue hurdles have to be considered — and it isn’t just dealing with existing pay TV partners that bring in more billions, but whether it can adjust some programming and content contracts with sports rights holders to go full steam into the stream.

When it comes to the NFL, ESPN and others need to convince the league that more exclusive streaming platforms among the league's roster of networks/platforms is best. The NFL has inched forward -- last year it made a long-term exclusive deal with Amazon for its “Thursday Night Football” package.

'Other sports have also moved into these arenas. Major League Baseball made a deal with Apple TV+ for a new package of Friday night games, while MLB also did a new Sunday late-morning/early-afternoon game deal with Peacock.

Because of its industry leading position, some have looked to ESPN as perhaps the first traditional legacy cable or broadcast network to make a dramatic whole transition to being a premium streamer.

But the key question right now is whether existing distributors, marketers and other key companies that work with ESPN have the same position.

Who is really going to play ball?