Many Big Brands Are Missing The Boat On Ad-Supported Kids' CTV: Analysis 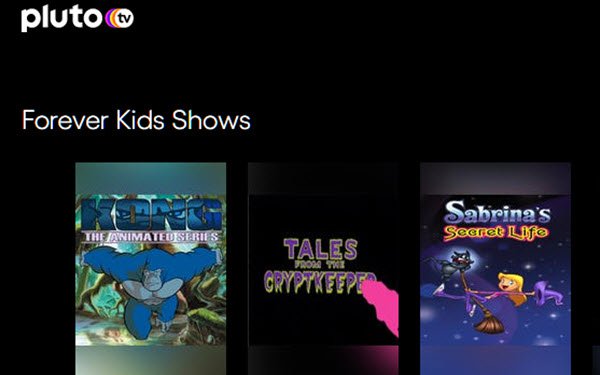 Thanks in large part to media-buying siloes, many advertisers are failing to take advantage of an unusually cost-effective way to reach millennial parents of young children: ad-supported kids’ connected TV.

While toy brands and other kid-specific advertisers are leveraging this opportunity, many mass-market brands are not.

So concludes a new study on ad-supported CTV by industry analyst and TVREV co-founder Alan Wolk, based on interviews with “dozens” of executives at media-buying and ad agencies, brands, ad-tech companies, CTV apps, studios and streaming device manufacturers. Interviewees were promised anonymity to encourage openness.

As more and more young parents cut the cord on linear TV and the audiences for linear channels such as Nickelodeon shrink, big brands have fewer and fewer places to reach those families on TV, and advertisers will need to take those multibillion-dollar budgets somewhere, notes the analysis.

And with more consumers -- including millennials -- turning to free or lower-priced ad-supported subscription services (AVODs) and free, ad-supported streaming TV services (FASTs), “ad-supported kids and family programming on CTV should prove to be a gold mine," summed up one ad-tech executive.

Variety Intelligence Platform reports that as of July, there were 82 channels dedicated to general entertainment kids channels for episodic content that was formerly on TV or digital platforms such as YouTube, and one channel devoted to kid-friendly movies (on Pluto TV).

Not only do these free kids' platforms and programs deliver a growing audience of young kids and their parents; they offer a welcome exception to one of CTV's biggest drawbacks: Lack of transparency as to the programs in which ads runs when placed programmatically via open-auction programmatic (open exchanges and open auctions).

Ad-supported kids’ programming is subject to COPPA (Children’s Online Privacy Protection Act) regulations. Since this ad inventory must be bought directly from the programmer, brands know exactly where their ads ran — what shows, what times, even the positions within ad pods. COPPA-compliant direct sales also provide a suitable, brand-safe environment for ad messaging.

Further, at present, ad inventory on kid-oriented CTV channels is surprisingly cheap, according to buyers interviewed.

“The CPMs for children’s CTV are unnaturally low,” said one senior buyer at an ad agency. “Much of this, in my opinion, is because it’s a lot of work — thanks to COPPA, it needs to be bought directly from the programmer, or via PG (or a PMP [private marketplace]). So you can’t buy it via open auction programmatic, and that is going to put off some people.”

However, the consensus of the interviewed executives was that still-silo-ed media buying at agencies is curtailing buys of children’s CTV.

Agencies generally have digital teams do the buying for CTV, because CTV, like digital, is normally sold via programmatic. But unlike linear TV buyers, digital teams are not familiar with how the direct sales process works, especially on TV — so they tend to avoid direct buys or pass them off to their TV teams.

The TV teams, which handle direct buys, are focused on big ad-supported video-on-demand apps like Hulu and Peacock, so the children’s apps are flying under their radar.

Brands should move quickly to leverage this opportunity, because CPMs are bound to rise along with demand, advises the report.

“You have all these brands that want to talk to families with children, and they’re finding less and less of that demo is still watching linear TV,” said a senior executive at a media-buying agency. “So then they look at CTV, only many of the CTV platforms that demo are watching are ad-free. So ad-supported CTV channels are going to be the only places you can reach them, and there are going to be a lot of brands competing over that inventory.”