DuckDuckGo Goes Even Deeper To Block Microsoft Scripts In Browsers 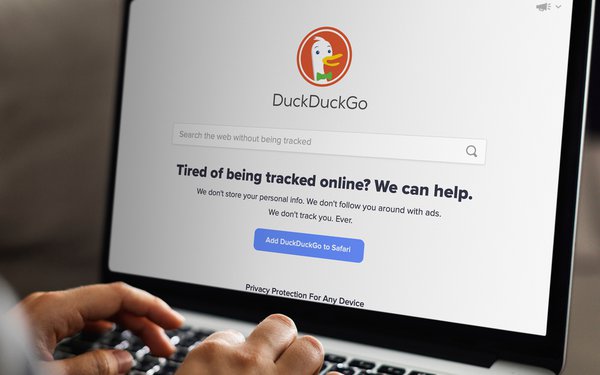 DuckDuckGo Friday announced it will begin blocking Microsoft tracking scripts on third-party websites, and is working on technology that analyzes private ad conversions that can be validated as non-profiling data.

DuckDuckGo, based on a contractual agreement, did not completely stop them from loading on third-party websites. The company’s CEO Gabriel Weinberg received backlash in May after an analyst publicly exposed the agreement.

Weinberg wrote in a blog post that DuckDuckGo was “limited in how we could apply our 3rd-Party Tracker Loading Protection on Microsoft tracking scripts due to a policy requirement related to our use of Bing as a source for our private search results. We’re glad this is no longer the case.”

No similar limitations exist with other companies, he wrote.

Microsoft scripts were never embedded in DuckDuckGo search engine or apps, which do not track users.

Websites insert these scripts, but don't send information to DuckDuckGo, he explains.

The technology already restricted Microsoft tracking through other web tracking protections by blocking Microsoft’s third-party cookies in DuckDuckGo browsers, but this update means the company now does much more to block trackers.

Viewing ads by Microsoft on the DuckDuckGo private search engine is privacy protected, according to the company.

“Advertising on DuckDuckGo is done in partnership with Microsoft,” Weinberg wrote. “Viewing ads on DuckDuckGo is anonymous, and Microsoft has committed to not profile our users on ad clicks: ‘when you click on a Microsoft-provided ad that appears on DuckDuckGo, Microsoft Advertising does not associate your ad-click behavior with a user profile. It also does not store or share that information other than for accounting purposes'.”

To evaluate whether an ad on DuckDuckGo is effective in Microsoft Advertising, advertisers use scripts from the bat.bing.com domain. While it will not block bat.bing.com requests from loading on the advertiser’s website following an ad click, the requests will be blocked in all other contexts.

Those wanting to avoid this, can disable ads in DuckDuckGo search settings.

To replace the reliance on bat.bing.com for evaluating ad effectiveness, DuckDuckGo developers began working on an architecture for private ad conversions that can be externally validated as non-profiling.

Safari also is working to solve this issue through something called Private Click Measurement (PCM).

“We hope these efforts can help move the entire digital ad industry forward to making privacy the default,” Weinberg wrote. “We think this work is important because it means we can improve the advertising-based business model that countless companies rely on to provide free services, making it more private instead of throwing it out entirely.”