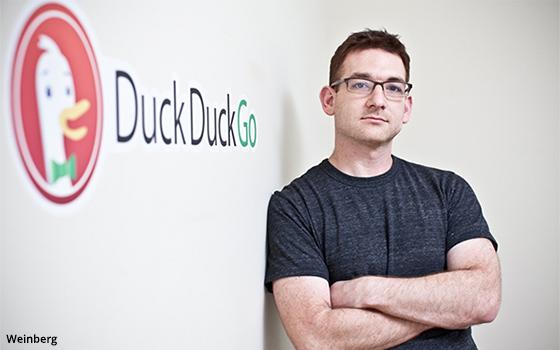 The researcher tweeted that the company’s browsers for iOS and Android do not block Microsoft data transfers for LinkedIn and Bing. The DuckDuckGo app, however, blocks trackers from Google and Facebook.

“It's public knowledge that DuckDuckGo has been creating exemptions for Microsoft for a while, which they've been required to explain on a page [on the company's website] … DDG openly says they are sending your user IP address & user agent to Microsoft for the DDG ads on-click,” wrote Zach Edwards.

Weinberg wrote that the company’s partnership with Microsoft was public. He emphasized that Microsoft Advertising does not associate ad-click behavior with a user profile. Unlike Google and Facebook tracking scripts, Microsoft tracking scripts are not blocked, due to contractual obligations.

“The issue at hand is, while most of our protections like 3rd-party cookie blocking apply to Microsoft scripts on 3rd-party sites (again, this is off of DuckDuckGo,com, i.e., not related to search), we are currently contractually restricted by Microsoft from completely stopping them from loading … on 3rd party sites.,” Weinberg wrote. “We still restrict them though (e.g., no 3rd party cookies allowed). The original example was Workplace.com loading a LinkedIn.com script.”

Comments on Weinberg's Reddit post praised the CEO for his honesty and transparency. One person wrote that it is transparency and education like this that garners consumer trust.

Weinberg explained that DuckDuckGo has been working with Microsoft to reduce or remove this limited restriction.

DuckDuckGo sources most of its traditional links and images from Bing. Weinberg believes only Google and Microsoft have a high-quality global web-link index. The same is true for Maps, Weinberg wrote.

Only the biggest companies can afford to put satellites up in space and send ground cars with cameras across the country to get street view pictures of every neighborhood.

It’s not clear whether Microsoft Bing has similar exception relationships with other privacy search engines.

Privado, powered by Microsoft Bing, follows another privacy search engine, Verizon Digital’s OneSearch, which Bing also powered -- at least at the time of launch in January 2020.