From Carp To Copi: Can A Rebrand Finally Decimate Invasive Fish? 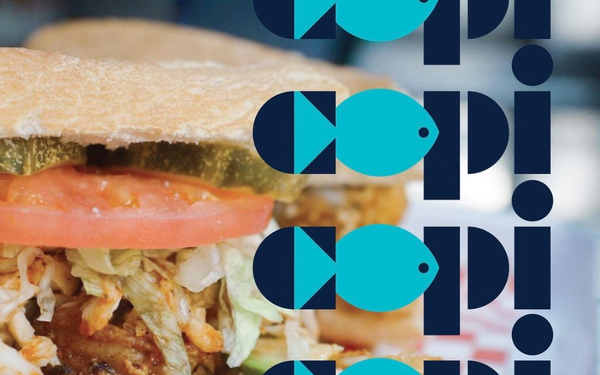 Some rebrands are as basic as a new logo and a product name. But for Nick Adam, design principal at Span Studio in Chicago, introducing copi -- the fish formerly known as invasive carp -- is part of a bigger mission. Besides eliminating an ecological threat, decimating these finned intruders shows that “design can have enormous social impact.”

The Illinois Department of Natural Resources recently unveiled the $600,000 effort, a partnership with the federal Great Lakes Restoration Initiative and other states, including Illinois, Kentucky and Missouri.

While the RFP simply asked for a logo and some identity materials that would lead to increased consumption of the fish, Span felt needed a new name. “This so-called Asian carp is made up of so many false beliefs,” Adam tells Marketing Daily. “And it’s not even one fish -- the term includes four different species.”

This is the latest effort in the ongoing battle to rid the Mississippi River and surrounding waterways of these invaders and prevent them from entering the Great Lakes.

Over almost 40 years, about $600 million has been spent on strategies that range from underwater electric fences to turning fish into pet food. And for the last 15 years, the focus has been on working with chefs to develop and promote recipes for human consumption. Intensifying those efforts is a big part of the copi launch.

Biologists first introduced the fish in the U.S.in the 1970s, hoping their ferocious appetite for algae and phytoplankton would help clean up water-retention ponds.

It quickly became apparent that these four species could turn all those algae calories into breathtaking reproduction. A single female fish can produce a million more fish in a single year.

They invaded nearby waterways, wiping out other fish populations. “They now account for 70% of biodensity in rivers, causing the eradication of other fish,” Adam says. “People can no longer find fish like trout, bass or perch. These carp simply crowd them out.”

That led to copi, a play on the word “copious.”

It should be an easy sell to fish-lovers. All four of these species are widely eaten around the world. And they are extremely healthy, with many of the same heart-loving Omega oils in salmon. Because it is a top-feeder, there are none of the risks of mercury. “And it’s a spectacular tasting fish,” he says.

Yet Americans just don’t like the sound of them.

Adam hopes the rebranding can change that, and points out other species have pulled it off. The Patagonia toothfish, which had never been consumed, was reborn as Chilean Sea Bass. (”Not from Chile. Not a bass,” he says. “Still allowed under federal guidelines. They’re a cod.”) Orange roughy used to be known as slimeheads.

Both rebrandings proved so popular that each species has been fished to near-extinction.

Before the launch, partner groups worked to line up fisher people, processors and distributors. “Through design process, we were able to create a name, a logo and an identity system -- but also a system that builds trust within the food hub. Within three months, we onboarded seven fish distributors putting the fish into markets, grocery stores and restaurants.”

Even better, he says, is that copi are selling out quickly. “Now we have return customers that love it.”

The overall goal was to change the perception of these fish and increase human consumption, and that’s already happening.

“In a way that is very transparent and not hiding anything, we’re trying to shift perspectives to say, 'This is healthy,’ rather than 'This is invasive.’”

The long-term goal, eradicating all four species from the Mississippi River and surrounding waterways, is daunting. “That’s going to require restructuring the food hub to build an industry that can completely remove these species from the waters.”

That could take anywhere from 20 to 40 years.

For Adam, the thrill comes not just from marketing, rebranding, or ecological impact. It’s what the effort might do for people: “It’s this idea of using design for social impact."