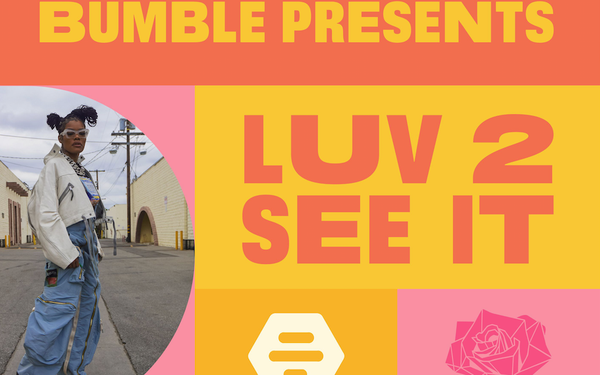 Bumble, the “women’s first” dating app, has teamed with Black-owned creative agency 19th & Park and singer/actress Teyana Taylor’s all-women production company The Aunties, on “Luv2SeeIt,” a YouTube series about Black dating that will debut six  20-minute episodes every other Wednesday through Oct. 19. The first episode is up now.

Taylor also hosts the series, in which she’ll interview Black artists, actors, athletes and entrepreneurs such as model Lori Harvey, actress Madison Bailey and mother-daughter actresses Niecy and Dia Nash, about such topics as polyamory/open relationships, sex/intimacy, red flags for dating profiles, and dating after a loss.

Some episodes will also include actual Black Bumble daters.

The series is first being promoted through social media platforms, including Instagram, TikTok, and YouTube.  In addition, the Bumble rep adds, “we’re currently exploring paid media opportunities with publications that speak to and tell the stories of those within the Black community.” Bumble will handle those media buys in-house, she said.

Bumble, the largest dating app in the U.S. not owned by Match Group, has been upping its commitment to race and ethnicity recently, including the option to share such information on the user’s dating profile.

In addition, 35% of respondents believe love in the Black community is not well-represented in mainstream media, and  29% of them felt this was because such love is not appreciated or valued.