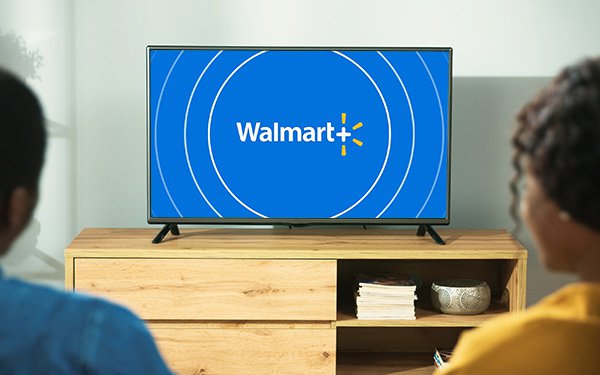 If you can’t beat ‘em, join ‘em -- or at least follow them from a distance. Walmart now wants to do video streaming.

But what about other big-time retailers and digital media-savvy companies?

According to a story in The New York Times, Walmart is talking to TV and movie content-producing companies -- Paramount, Walt Disney, and Comcast Corp -- about getting into big-time streaming as part of its $12.99/month Walmart+ membership program, which is similar to Amazon Prime.

It seems Walmart is naturally following the Amazon model -- by continuing to expand advertising and marketing connections, beyond its core e-commerce platform.

Walmart has been here before -- in TV and movie retailing, that is. It wasn’t that long ago that Walmart started up digital video store Vudu -- in 2010 -- where consumers can buy physical and digital copies of TV and movies. Then in 2020, Vudu was sold to NBCUniversal/Warner Bros. Discovery under a joint venture, called Fandango Media.

This was before Amazon Prime Video started offering TV and movies in 2013.

So copycat businesses can work.

Even after Amazon’s dramatic surge over the last decade and a half, Walmart also found its footing to grow an ecommerce business. This was no easy feat, considering Amazon's very big head start.

Back to streaming. Rising business around all consumer outlets makes one wonder why other retailers -- say, Target, Sears, Macy's, or others -- are not pursuing premium streaming or other video services more aggressively.

The focus comes down to the most important business idea for content owners and their approved retailers: Direct-to-consumer.

For decades, TV networks were seemingly handcuffed when it came to ironclad TV-video cable/satellite/telco companies that could control distribution of product and content.

And while the likes of Roku, Amazon, other digital channel stores -- as well as virtual pay TV providers -- continue to have growing leverage these days, there are still generally more access points for consumers to get TV networks and movie content.

Can you imagine some new daring or revolutionary digitally focused streaming competitors -- beyond even natural big-chain consumer retailers?

TikTok or Tesla, anyone?