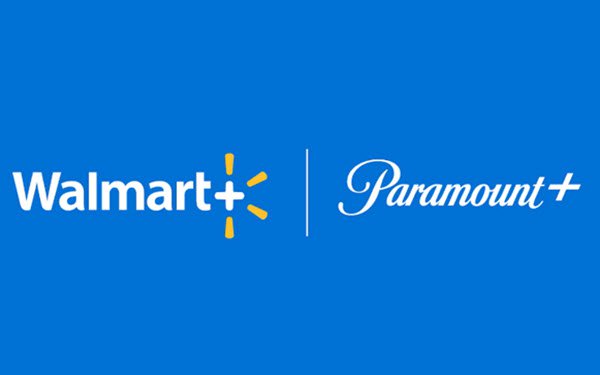 Walmart and Paramount have inked a deal giving Walmart+ loyalty program members free access to the ad-supported “Essential” tier of the Paramount+ streamer.

Paramount last month reported that the streamer — which replaced CBS All Access in March 2021 — has 43.3 million subscribers. The company has set a goal of 100 million subscribers by 2024. The ad-free version of Paramount+ is priced at $9.99 per month.

In comparison, Netflix and Disney+ — both of which are set to launch ad-supported versions in the coming months — as well as Amazon Prime Video, all far eclipse Paramount in reach. Those services have last-reported subscriber totals of 221 million, 152 million and 200 million, respectively.

In a release following a report on the partnership by The Wall Street Journal on Monday, Walmart stressed that the Paramount+ ad-supported tier access — normally $4.99 per month — is being added without raising Walmart+’s current $12.95-per-month or $98-per-year fee.

Amazon claims 200 million Prime members worldwide, although after raising its annual membership fee in February by $2, to $14.99, its U.S. membership has been stalled at 172 million, according to estimates by Consumer Intelligence Research Partners (CIRP).

Meanwhile, while Walmart has said that Walmart+ has seen membership growth each month since its launch in September 2020, the retailer has not released actual totals. CIRP estimated that the total was just 11 million as of April, and the same in May. Morgan Stanley estimated 16 million as of May.

Walmart+ membership currently includes free shipping on Walmart.com orders, free delivery of groceries and other goods from local Walmart stores (on orders of $35 and over), fuel discounts, special promotions and events, and a six-month Spotify Premium music subscription.

Walmart, which reportedly also explored streaming partnerships with Comcast’s Peacock and Disney+, chose Paramount+ in part because its content has “the broad appeal that our members are looking for — like Walmart, they have something for everyone,” said Chris Cracchiolo, senior vice president and general manager of Walmart+.

That content includes popular fare such as “PAW Patrol” and other Nickelodeon content, spinoffs from the Star Trek and Yellowstone franchises (“Yellowstone” itself is exclusive to Peacock), “Evil” and “The Good Fight,” as well as a movie library that will boast blockbuster “Top Gun: Maverick.”

In addition, Walmart and Paramount have an existing business relationship based on the retailer’s selling branded merchandise based on Paramount franchises such as PAW Patrol, Teenage Mutant Ninja Turtles and SpongeBob. Paramount has a standing team of 13 based in Walmart’s Arkansas headquarters, according to The New York Times.

“Paramount has enjoyed a close relationship with Walmart for years, and Walmart customers connect with Paramount's beloved brands, content and characters every day through a range of consumer products available throughout Walmart stores," said Jeff Shultz, chief strategy officer and chief business development officer, Paramount Streaming. “Now, pairing Walmart’s expansive reach across the country with Paramount+'s broad and popular content that offers something for everyone is a unique opportunity to expand our partnership. Together we will bring Walmart+ members the full breadth of Paramount+ programming.”