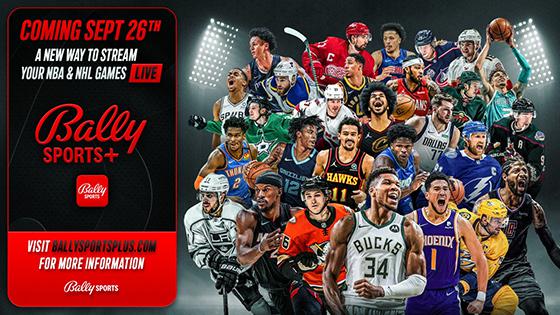 Subscribers will have access to live, local NBA and NHL broadcasts, pre- and post-game shows, regional college football and basketball and high school sports, among other content.

In an SEC filing a year ago, Sinclair predicted Bally Sports+ could eventually attract about 4.4 million subscribers and bring around $2 billion in annual revenue.

The service will be distributed on mobile and tablet devices operating on iOS or Android, Android TV, TvOS, and BallySports.com.

Diamond Sports Group has been working for a few years to solve problems among traditional pay TV providers, some of whom have backed out RSN carriage-- due to weak profit margins.

For its second-quarter period, Sinclair's overall advertising revenues sank 25% to $366 million, primarily due to lower results from Sinclair' Diamond Sports Group. Distribution revenue was also impacted, sinking to $430 million -- less than half the total of $1.1 billion it reported a year ago.

Better news for Diamond Sports in April was Sinclair's company-wide renewal of the retransmission carriage deal for its TV stations with Charter Communications service. This included carriage of Bally Sports RSNs.