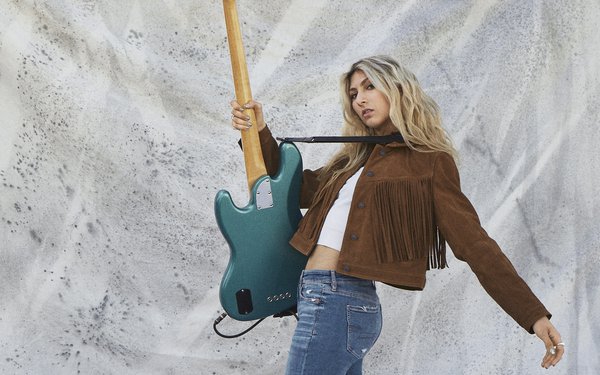 American Eagle Outfitter’s fall campaign is anything but old-school. The denim dominator’s new fashion campaign includes a first-of-its-kind music activation on TikTok, as well as a move into the metaverse, on Roblox and Meta Quest 2.

The company hopes it will inspire its Gen Z fan base to match their favorite jeans with their favorite music with a TikTok hashtag challenge. American Eagle says it's the first brand to partner with TikTok’s SoundOn platform, enlisting Katherine Li, one of its artists, to retune aforthcoming release, making it into a back-to-school anthem.

Users can use that to make their own music videos while wearing AE jeans, hashtagging it #AEJeansSoundOn. Three winners will get a $3,000 gift card -- and their videos will splash across the brand’s billboard in Times Square.

And in an effort to bring Web 3.0 to brick-and-mortar formats, it says it will be the first brand to offer customers viewing a 360 video on Meta Quest 2 while in stores.

It’s chosen eight locations where shoppers can get a look at the behind-the-scenes video of the brand's built-out studio space on Aug. 20. It’s shot specifically with metaverse-friendly virtual reality technology, and features the back to school campaign. (Fans can also view it on their own, through FB 360 Video or YouTube 360 video.)

On Roblox, it’s lined up Blu DeTiger for a performance on a custom indie pop-themed stage. Using a “like” module, which it also claims is a first, audience members can interact. They can also join a scavenger hunt, unlocking AE toys and plushies, all tying into the back-to-school collection.

Some have called it “the anti-Amazon platform.” Company executives have said it intends to “Uberize” logistics, with this new “frenemy network.”