Real Housewives Take To The Field In New Campaign For DirecTV 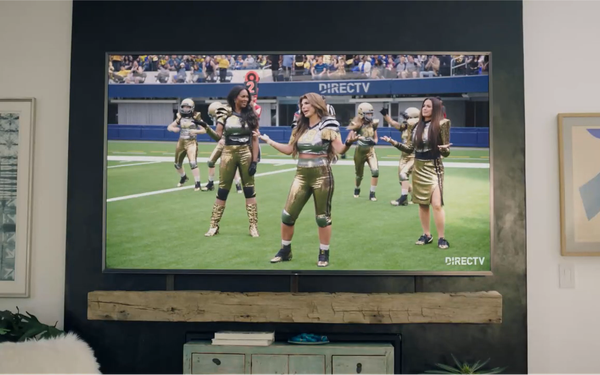 The Real Housewives take to the field in a new campaign for DirecTV.

In the ad, via TBWA/Chiat/Day, Los Angeles, a woman demonstrates how she can get live TV and on-demand together. “Football, Housewives,” she says as she switches back and forth. “Football, housewives.”

In the next scene, the two worlds have merged.

Kyle Richards of Real Housewives of Beverly Hills rushes a football player saying “I just want to talk..” as he attempts to dodge her.

The ad demonstrates that DirecTV seamlessly offers both types of programming in a humorous way, with the juxtaposition of the Housewives in an unfamiliar environment and situation effectively making the point.