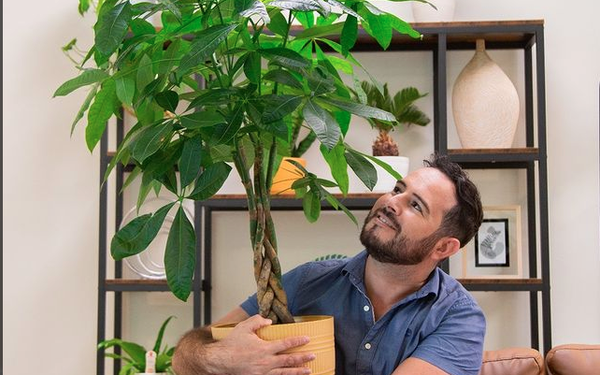 No one wants to be a plant murderer. Since fear of failure is the biggest barrier to would-be fathers of philodendrons and mothers of Boston ferns, Costa Farms is rebranding. So it is building its intensified direct-to-consumer platform on a content strategy aimed at reassuring its growing crop of plant hobbyists.

The goal of the new effort, which includes rebranding, is building confidence.

“We learned that when someone has a houseplant die, it takes them up to a year to try again,” says Mari Carrasquillo, Costa Farms’ senior director of marketing.

The Miami-based company is the world’s largest grower of indoor ornamental plants and is 61-years-old. It sells its products wholesale to such retailers as Lowe’s, Home Depot, Ikea, Costco and Walmart and Amazon.

It first opened its online D2C shop back in 2016. But as COVID-19 caused so many people to spend more time at home, plants took on a much deeper meaning, Carrasquillo says.

Once people get hooked, she says they quickly turn into a group of consumers Costa calls "plant fanatics," buying as many as one new plant per week. These are hands-on enthusiasts, touching or interacting with their plant family at least twice a week. And they typically have as many as 20 plants in their home.

As these pandemic-inspired shoppers began bombarding the company with plant care questions, it knew it was time for research. There was good news: “We validated our theory that people feel plants help their mental health,” she says. “Plants become companions.”

It also found a profound demographic shift, with millennials and Gen Z storming into a hobby that once belongs to baby boomers.

But the research also turned up the disconcerting finding that of 2,500 people it studied, only 25% could recall the brand name of any plant they’d purchased.

So Costa has also stepped up brand-awareness efforts via its retail partners. She says the end customers through those channels are fundamentally different than the fanatics who buy D2C.

Some are what it calls "naturalists."

“These are people who are trying to be more eco-friendly. They love being outdoors -- they like to hike and to travel.”

Others are buying more plants as part of an overall commitment to wellness, seeking benefits like air purification.

But all these consumers require constantly fresh content, she says. For much of it, the company works with Agency Squid in Minneapolis. The rest is produced in-house.