Listen Up: Twitter Adds Podcasts - Do Audio Ads Come Next? 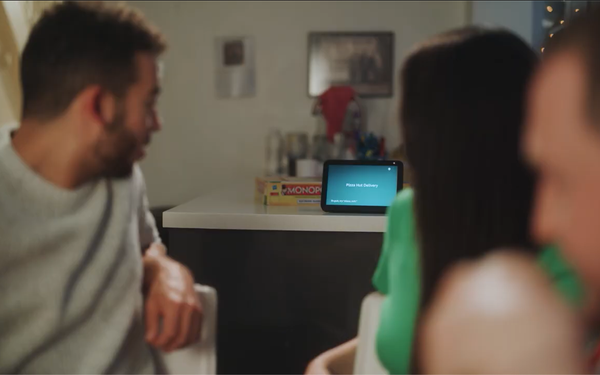 Twitter on Thursday announced the addition of podcasts. Marketers can now integrate podcasts into Twitter as a part of its redesigned Spaces, a way to have live audio conversations on Twitter.

The Spaces tab, along with podcasts, become visible to a group of global English-speaking audience on iOS and Android, in addition to personalized hubs for users called Stations group content -- based on different topics, such as news, music, sports and more.

The recommendations in the platform are based on themes and people that the user follows.

The new feature gives users access to a personalized selection of live and recorded Spaces. The hubs will feature the most popular podcasts. Similar to other platforms like Spotify, a thumbs up or down related to the content will let Twitter know it interests the user.

Today, Twitter offers text only, image, video, and carousel ads -- but not audio ads, which could become another revenue stream for the platform.

The features are accessible not only on Twitter via desktop, laptop, tablet or mobile device, but through smart speakers too.

Apparently, the consumer is not the only one listening. Pizza Hut released actionable audio ads created with British advertising-technology developer Say It Now on smart speakers.

In the video, it appears that Amazon Alexa -- playing music for a group of friends talking around a table -- overhears the conversation about pizza and toppings, and starts talking about Pizza Hut Pizza. (By the way, this debunks the idea that smart speakers do not listen in without first identifying a “wake-up” word to trigger a search.)

The narrator in the smart-speaker ad offers the group a discount on an order by asking Alexa to open Pizza Hut Delivery when prompted by the pizza chain’s ad.

“Alexa, open Pizza Hut delivery,” one friend says. “Send discount code.” The app on Alexa sends a code for a pizza to his phone after approving the transaction.

Actionable voice ads will continue to become more common as the technology improves, and adding them to podcasts could become the next step.

Approximately half of smart-speaker owners who hear advertising through their device have a positive reaction, according to data released by NPR and Edison Research Smart Audio Report in June 2022.