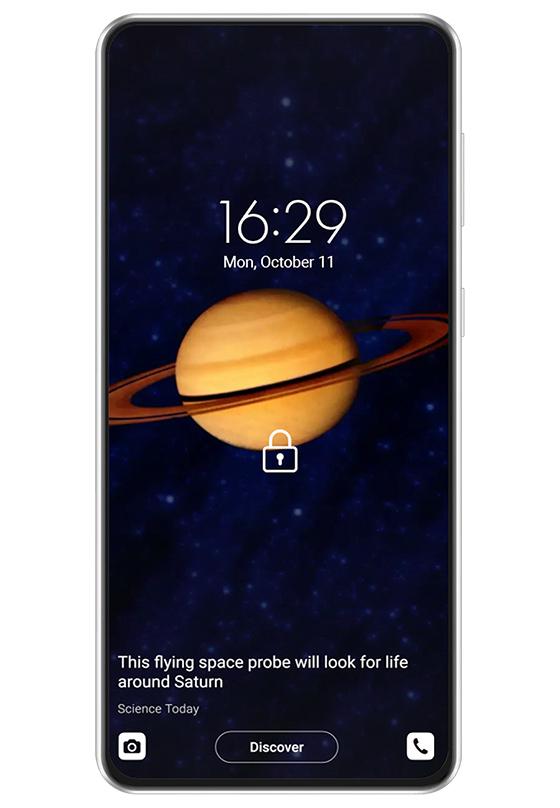 Taboola, which powers recommendations for the open web, has announced the release of technology that gives publishers another source to drive viewers to publisher sites.

The company estimates the free service will help it surpass $50 million in revenue worldwide by the end of 2022.

The feature -- Taboola News Wallpaper -- comes pre-installed on mobile phones from device manufacturers including Samsung, Xiaomi, and Oppo, among others.

Taboola News Wallpaper can be used like a push notification, similar to the way Apple delivers snippets of news on the home screen of the iPhone device.

A swipe of the page connects the viewer to a home page screen -- Minus One screen -- through Taboola News.

Advertisers can place ads on the Minus One screen through Taboola News. That screen will serve up a feed of news recommendations and occasional ads from brands.

When asked to describe the thinking behind this feature, Dave Struzzi, head of corporate communications at Taboola, said that “news is one of our fastest growing parts of business … It's also an alternative to people turning to places like Tiktok to learn about things via mobile, which has a ton of misinformation.”

Struzzi said Taboola uses its data to personalize news and ads on devices. It's based mostly on contextual signals.

For recommendations, Taboola knows the type of content people read across publisher networks. "We can look at contextual factors like geography, time of day, and what’s most interesting to other people in their regions," he said. "We have many metrics to define what’s performing well such as how long people spend on articles, and how much total traffic it sees. In cases where we want to personalize more, we have additional signals we can use."

One thing is certain -- the feature will send “huge amounts of traffic directly to publisher sites, free of charge,” Struzzi said. “In 2022, we will send over half a billion visits to these publishers.”

Stuzzi said the news viewed on Taboola News is written by trusted editors at major publishers.

Taboola News Wallpaper is live in more than 80 markets worldwide. It provides another way for publishers to drive traffic to websites, rather than relying on search engines.

More than 86% of U.S. adults get news from a smartphone, computer or tablet “often” or “sometimes,” including 60% who say they do so often, according to Pew Research.

Taboola News gives consumers direct access to a curated list of the top publishers where they can learn more about local news, sports, entertainment, politics, health and more.

The company estimates that the feature will drive more than half a billion visits from mobile phone locked screens to publisher sites this year.

The feature also gives phone manufacturers the ability to provide recommendations directly on the device’s locked screens. It offers a channel to engage and add value for users in the dozens of times a day a user accesses their mobile device.