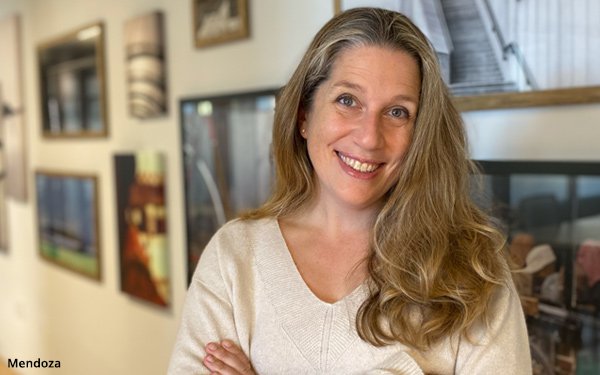 Venture capital isn’t known for its breadth of diversity, as the majority of investments still go to white male founders. Less than 2% goes to female-founded companies, and only2.6% goes to Black and Latinx founders.

Thankfully, a variety of VC firms are trying to change that, including Mendoza Ventures, a Boston-based company that is owned by a woman and is the first Latinx-owned venture fund on the East Coast.

To fulfill their goals of diversity, Senofer and Adrian Mendoza invest in early- and growth-stage companies in Fintech, AI, and cybersecurity, with roughly 75% of their portfolio consisting of start-ups led by immigrants, people of color, and women.

MediaPost spoke with with Senofer about what it's like to run a hands-on VC fund based around inclusion, and what it will take for the generational wealth in the U.S. to look like the country’s population.

MediaPost: What gap are you and your husband trying to fill in the venture-capital industry?

Senofer Mendoza: We're trying to fit inclusion into a model that was never designed to be that way. You need to break a lot of things to do that.

In the past five years small firms have started first and second funds from the most diverse group of people who have ever raised money in the U.S. before. Those funds usually invest in early-stage companies –– a smaller fund writes smaller checks.

We realized there wasn’t any capital to meet these diverse companies that are now getting funded at the Series A-C round. We're going out to raise that.

If we don’t meet those diverse founders where they are, we'll see them be released upon the traditional system of venture capital, where 2% or less will get funded.

MP: How did you come to embrace this goal?

Mendoza: We raised money for our startups and thought that we could create a better experience for founders by offering more support and creating more transparency in the capital stack.

When you do that you have a lot of diversity-and-inclusion happy accidents.

Also, no one who looked like us was writing checks. At the time when we started, there were no women or minorities in Boston writing checks, and thankfully that's starting to change.

MPt Why does it matter who is writing the check?

Mendoza: We completely undervalued the impact that results from a check being written from a woman or a person or color. It means people other than white males have a voice at the table.

So if you're putting a female founder in a situation where all of her money came from men and her entire board is men, her voice will naturally be diminished in that boardroom because she is the only one like herself advocating for herself.

It changes when you have a broad representation in that boardroom, and capital stack.

MP: What factors do you want to change most in the VC funding process?

Mendoza: The lack of transparency –– we never met some of the folks who invested in our early startups. I don't know many startup founders who know where their VC's money came from.

The traditional venture-capital model involves getting your money and being held accountable for that money at a quarterly board meeting. But three months is like one hundred years in startup time –– a lot happens.

Every startup founder tends to make similar mistakes in areas they don't know. We hired the wrong developers the first time we iterated a product, which I think everyone does. If we'd had an investor's cell phone number, they could have helped us through that.

Because of that lack of transparency, there's a lot of missed opportunity in the industry, and that makes it harder to break in.

MP: How do you try to resolve this issue?

Mendoza: As a startup founder, if you not only have your VC's cell phone number, but the number of someone that invested in them and in you, it creates a lot of transparency throughout the capital stack and it puts everyone in the same boat, rowing in the same direction.

MP: So, you must operate on a more hands-on business model?

Mendoza: Yes, it's more hands on. We invest in fewer companies with a larger amount of money in order to be able to do that.

We have the bandwidth as a team to be able to take time with the founders when they need it.

MP: How do you feel about cryptocurrencies as a solution for underrepresented groups often locked out of traditional finance?

Mendoza: The inherent promise of blockchain is that by having the transparency to audit, you can open doors. Like so many things, how you implement that is where it gets tricky.

The reason we started the firm is that we both believed generational wealth in the U.S. should look like the population of the U.S. And right now it doesn't.

Venture -- as an asset class -- has incredible risk baked into it, but it also has the potential for incredible return.

Part of the reason we work really hard to diversify not just who we invest in but who invests in us, surrounds creating access to incredible returns. That's how you shake up the make-up of generational wealth.

I think crypto is the same thing -- it's a highly volatile asset, but you're not going to create generational wealth with a 401k.

Crypto gives you that exposure to something that could produce exponential return if you invest in it responsibly.

MP: How do you define diversity?

Mendoza: We see diversity in three dimensions: color of the rainbow, neurodiversity, and age.

We look at whether the founder has surrounded themselves with people dramatically different from themselves.

For us, if a founder is able to rally different people to their cause, that is a predictor of being able to grow something larger than themselves.

It's a very different skill set to run a small business than to grow an institution. We see diversity as a determinant for whether the founder can surround themselves with what they need or not.

We're not just investing in Latinx, Black, and female founders -- we're investing in founders who can find talent and create opportunity. Usually that includes getting radically uncomfortable in your own usual ways of communicating, and finding other people to get on board with your vision.

MediaPost: How does implementing this type of inclusive diversity lead to success?

Mendoza: It keeps you from being married to your own ideas. If you surround yourself with people like you, they will say yes and think you are brilliant.

Diverse teams challenge each other in a respectful way to make sure what you're putting forward is the best it could be outside of your own idea.

No matter how you grew up –– rich, poor, suburban, urban –– your experience is not universal. People naturally forget that, and it helps to have people from different backgrounds in the room to remind us when we're trying to iterate something to put out in the world.

MP: Are there certain challenges that come with diverse boardrooms?

Mendoza: Everyone is learning the culture that will unify them.

Diverse boardrooms succeed when they have a clearly defined culture to pull everyone together in the same direction. Sports teams do this really well. Everyone's there for the same cause and no matter what your background is, you all have the same goal.

But if it's guaranteed that someone is going to say something rude to someone else––because they are so different––you have to be there for the painfully awkward conversation that follows.

MP: How do people react to having those tough conversations?

Mendoza: Generally, people feel more fulfilled afterwards. It's that reminder that your experience is not a universal one.

MP: Earlier you mentioned breaking things to change the industry - what have you broken?

Mendoza: The capital stack. We're not the only ones––a lot of firms are looking at how they've taken money and how it can be more inclusive. On our second fund, once we hit our $10 million goal, we dropped our minimum and said if you're a woman or a person of color and an accredited investor, come with us.

The two biggest things that must be broken are how we define as a culture who an investor is –– anyone can be an investor –– and the perception of risk.

If you have a homogenous team vetting someone who looks different from them, they will naturally -- through unintentional bias -- perceive that person as being more risky.

Mendoza: The only way we're going to change the industry is to look at where our money goes.

Every single person has money they spend -- and living in a capitalist economy, that's a vote: every dollar spent is a vote.

If you think more women or people like you should be funded, make sure the money you're investing is being managed by those people.