TikTok's New Feature Is A Copycat Of BeReal 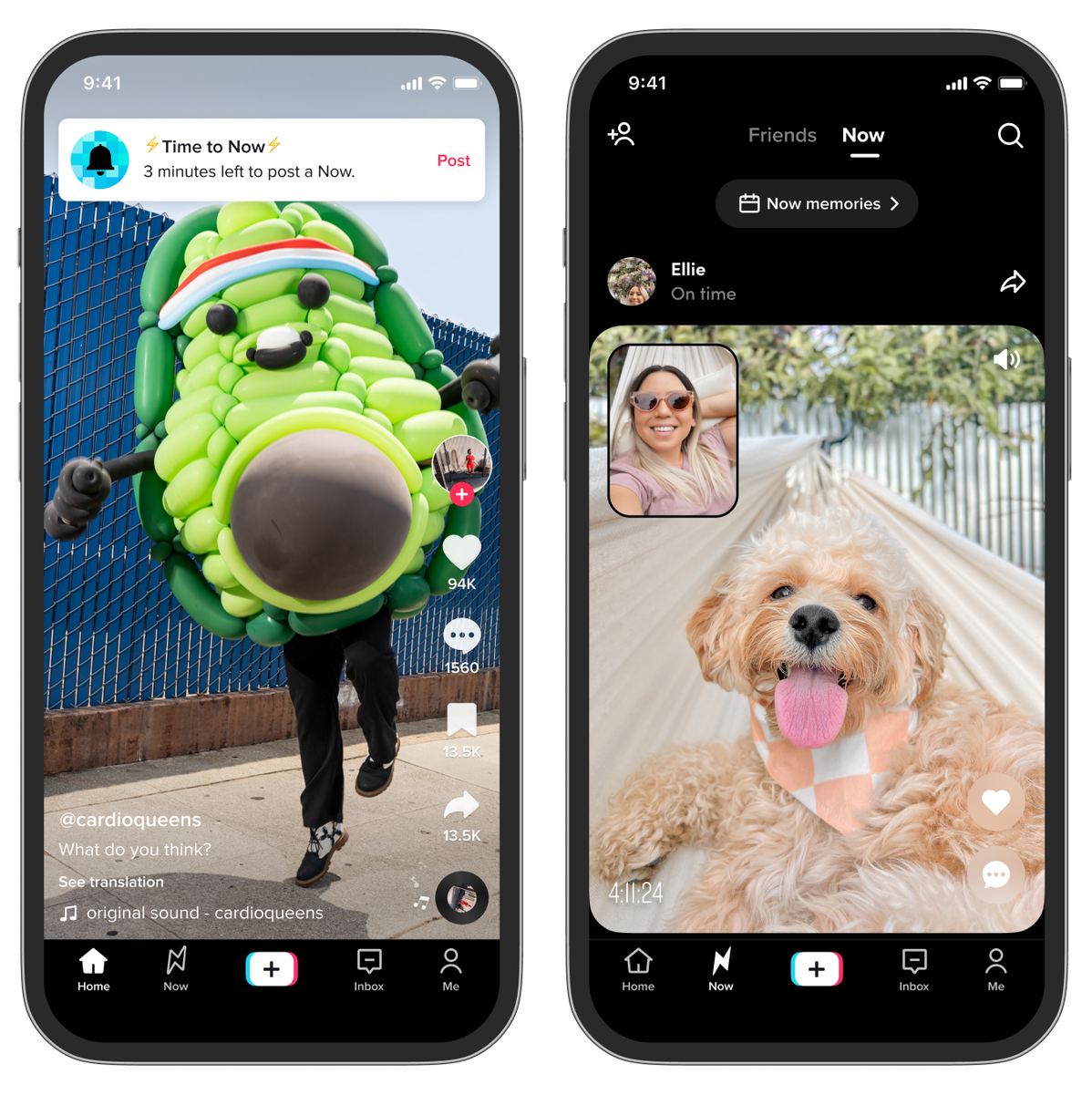 BeReal’s originality lies in its dual-camera technology and the single-post alert at a random time of day, ultimately designed to capture and portray more authentic images of users and their friends.

Not surprisingly, Snapchat and Instagram have recently launched dual front- and back-camera features in lieu of the buzz surrounding BeReal.

But unlike Snap or Instagram, which lightly disguised the features that so closely resemble BeReal, TikTok doesn’t seem to care about a clear-cut adaptation.

The company's blog post announces: “TikTok Now invites you and your friends to capture what you're doing in the moment using your device's front and back camera. You'll receive a daily prompt to capture a 10-second video or a static photo to easily share what you're up to.”

With a message bookended by alert emojis, even TikTok’s notification looks the same as BeReal’s.

TikTok says the feature is now available for U.S. users, and can be found on the bottom navigation bar beside the posting button.