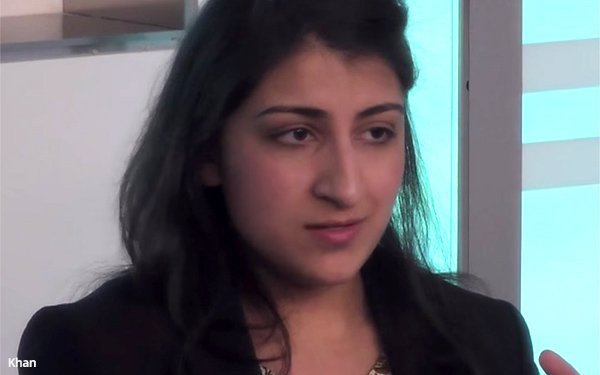 The Federal Trade Commission's attempt to block Meta Platforms' acquisition of Within Unlimited, which developed the virtual-reality fitness app Supernatural, has been “irrevocably tainted” by Chair Lina Khan's involvement in the proceedings, Meta argues in new court papers.

Khan “has made numerous public statements that demonstrate her bias against Meta and prejudgment that Meta can never be allowed to acquire another company,” Meta writes in papers filed Friday with U.S. District Court Judge Edward Davila in San Jose, California.

“Her participation, both as the deciding vote to authorize this case (reportedly over the contrary recommendation of the FTC staff) and as an adjudicator ... has irrevocably tainted the federal-court lawsuit and the related administrative proceeding, such that any order enjoining or prohibiting the Within acquisition cannot be entered or survive appeal as a matter of law,” Meta writes.

The papers come in a dispute dating to July, when the FTC alleged in a federal district court complaint that Meta's estimated $400 million acquisition of Supernatural would result in reduced competition in the market for virtual-reality fitness apps.

The agency also brought a complaint in a parallel proceeding in front of an internal administrative law judge.

Meta said in court papers last month that it planned to argue the lawsuit should be dismissed for several reasons, including that Khan should have been disqualified from participating in the legal proceedings.

“Khan brought with her to the Commission a preset agenda; she has stated consistently and in blunt terms that Meta should never be allowed to acquire any other company, regardless of the facts as to any such transaction -- and without regard to governing law,” the company contended in papers filed in late August with Davila.

The FTC responded by asking Davila to “strike” Meta's argument -- essentially precluding the company from pressing its contention about Khan in court.

On Friday, Meta fired back a response, arguing that it should be able to pursue its contention that Khan's “anti-Meta statements” and “prejudgment of the Within transaction” are valid grounds for dismissing the lawsuit.

Meta called attention to some of Khan's writings and statements before she was appointed to the FTC, including an article she co-authored in 2019, “A Skeptical View of Information Fiduciaries,” which criticized Facebook and other tech companies. The article includes the statement that “dominant online platforms have been credibly associated with a host of social ills,” including facilitating interference in elections, inciting genocide in Myanmar, and enabling discrimination.

The company adds that the lawsuit was authorized by a vote of 3-2, with Khan in the majority.