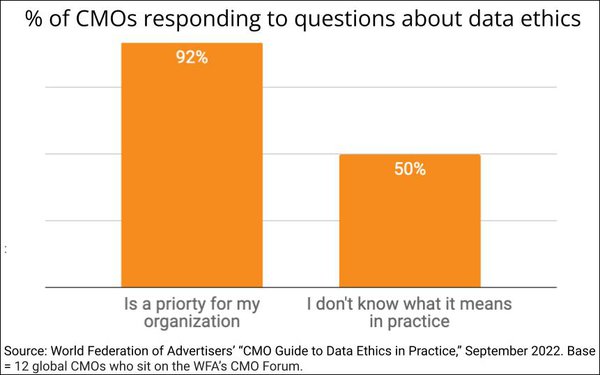 The good news is that global CMOs now consider "data ethics" a priority for their organizations. The bad news is that half of them don't even know what that means in practice.

That's the paradoxical findings of a new, ironically named report released this morning by the World Federation of Advertisers: "The CMO Guide to Data Ethics in Practice."

The report -- which is based on a survey of a dozen CMOs who sit on the WFA's CMO Forum, as well as a variety of consumer research studies -- doesn't try to disguise the paradox, using a cover image of a four-way crossroads sign pointing in all directions.

“The widespread unease with the way data is used in advertising is bringing a tidal wave of pressure on brands, WFA CEO Stephan Loerke says in a statement included with the release of the report, adding: "However, data ethics is complex and often remains an abstract concept, that is not properly understood in practice." 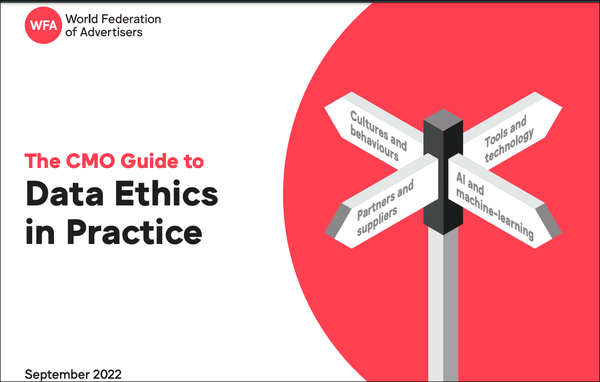