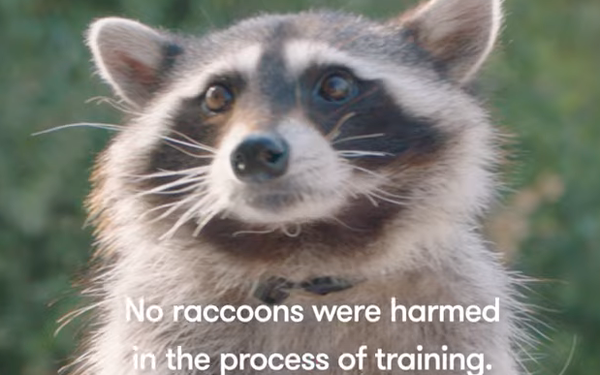 If you can train raccoons to recycle, can you train humans?

Maybe not, but Mentos chewing gum is using the critters to raise awareness of its bottles made from 90%, recyclable paperboard.

As seen in this spot from the Highdive agency, the raccoons dug through trash bins in which Mentos bottles had been hidden and then deposited them in recycling containers.

“They’re already in our trash so why not put them to work?” Perfetti Van Melle vice president of marketing Craig Cuchra tells Marketing Daily.

“From an insights standpoint, Americans generally speaking are not the best at recycling.”

Results of the training showed that the raccoons succeeded in recycling 75% of the time compared to 32% of Americans—the latter stat based on consumer research fielded in February by Green Print Survey.

Mentos released the paperboard gum bottles in February for its Fresh Mint and Spearmint flavors.

“It’s really the only gum bottle made out of mostly paper. It was a big initiative and investment on our side to bring that technology forward,” says Cuchra.

To further extend what Mentos calls a beta test, the campaign video contains a phone number to which people can text “RACCOON” if they’re interested in having the raccoons visit their city or town.