As far as advertising hellscapes go, I can think of a better metaphor for the questionable brand safety of Twitter than the kitchen sink its new "Chief Twit" used to set the tone of his takeover this week (see screenshot of my Instagram post below). Porcelain objects aside, Elon Musk's open letter to the ad industry sends an equally weird mixed signal, if he's serious about courting advertising.

Aside from using it to school advertisers on "relevancy," the timing of his flippant message -- coming as the nation's biggest marketers meet for their annual conference at the Association of National Advertisers conference this week -- might have been better if he came to Orlando in person, hat in hand, with the other one holding a bidet.

If Musk is serious about courting ad budgets, he should act a little more seriously -- especially following months of on-again, off-again moves to buy Twitter, coupled with -- how shall I say this -- less-than-transparent signals about how he plans to clean up its act.

Twitter was never the most brand-safe environment to be in, and imagine most of its revenue comes not from the kind of big brands he was targeting with his letter, but from the long-tail of smaller businesses that probably are not as sensitive about the environment in which they advertise in -- so long as it converts.

But if you want the world's most relevant brands to be your customer, tell them how you are going to make it a clean, well-lit place for their ads to show up on.

That should be true for any well-intentioned brand, whether it is one of Procter & Gamble's or even Kohler's or American Standard's.

But as long as we're schooling people on advertising, I'd like to offer Musk some advice that might really help him get the attention -- and budgets -- of big brands. The flip-side to relevancy in branding is differentiation.

And at a time when questionable owners are taking control of the underbelly of social media platforms -- you know Parler, Truth Social, etc. -- maybe it's time for Twitter to differentiate itself as an alternative to toxic narcissism.

Hey, it's worth a try. At the very least, you would stand out. 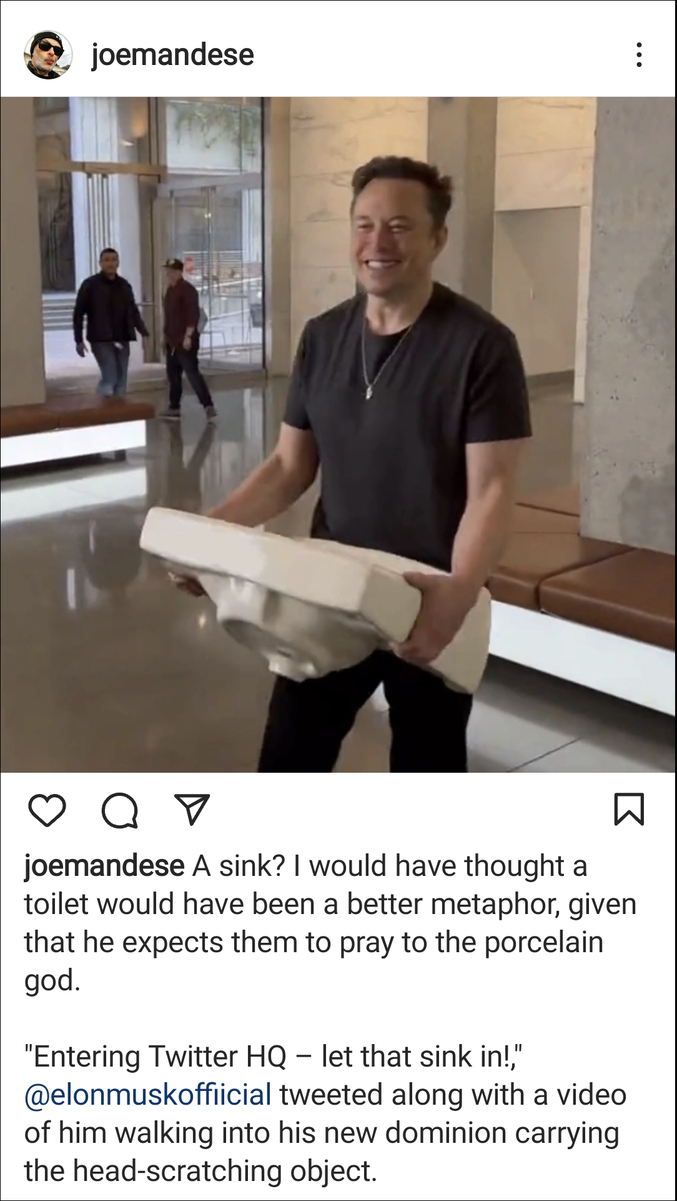