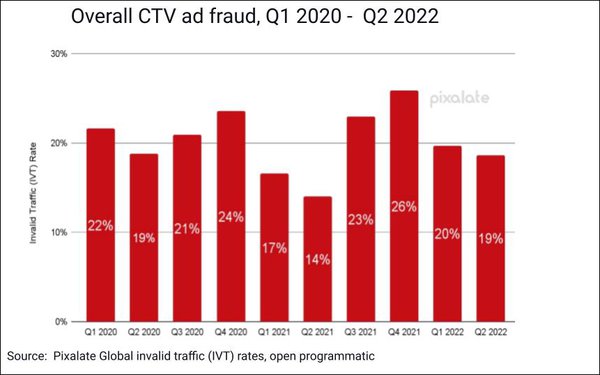 That was actually lower than all but four of the quarters since Q1 2020, although up compared to last year’s second (14%) and first (17%) quarters (above).

Looking at CTV devices, Google Chromecast, Sony and Apple had the highest fraud rates in this year’s second quarter: 37%, 32% and 26%, respectively. 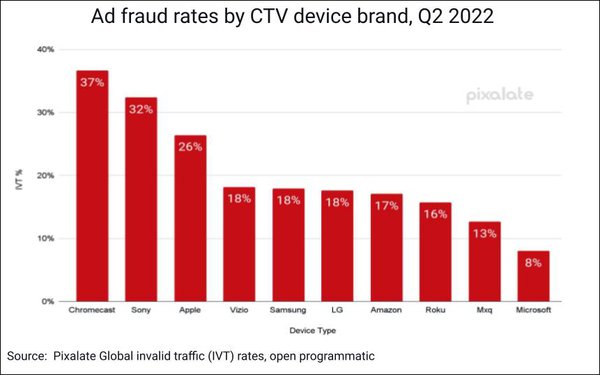 The data also found the fraud rate for Roku apps not using the Interactive Advertising Bureau’s app-ads.txt files to protect ad inventory to be twice the rate as those using the files (26%, versus 13%).

However, Amazon Fire TV apps without the files actually had a marginally lower fraud rate (24%) than those with the files (26%).

The Roku apps categories with the highest ad fraud rates were TV en Espanol (48%), food and home (38%), and apps with no designated category (36%).  Educational and cable alternative apps had the lowest rates. 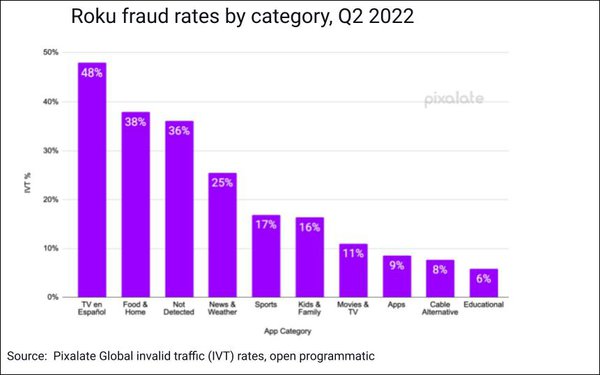 The general movie and TV streaming and kids categories had the highest fraud rates on Amazon Fire (39% each) and on-demand movie streaming had the lowest rate (13%). 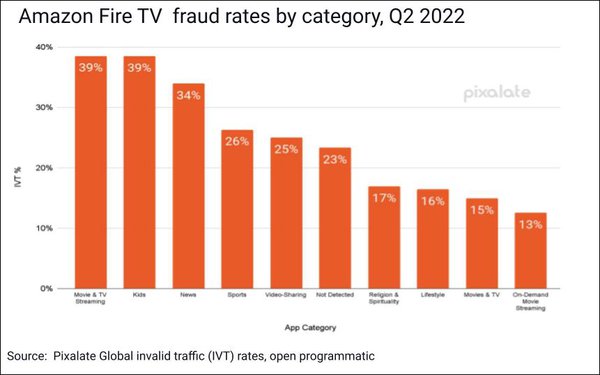