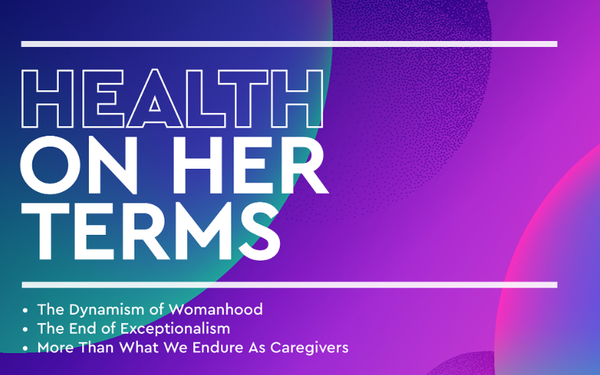 WPP and Seeher are out with a new study (conducted primarily by WPP agencies Grey and Mindshare) that finds continued gender bias in marketing, advertising and media portraying women and their health.

The study is based in large part on a survey that found that nearly half of women believe that media and advertising shy away from women’s health issues.

And 45% of all Black, Indigenous and women of color want to see more representation of race/ethnicity in health communications

52% of women report miscarriages as not portrayed or portrayed negatively, and 53% share that periods are not represented in marketing and advertising.

Less than 50% of women feel that mental health is well represented, and that number goes down among Gen Z women and non-binary women.

52% of women say depictions of weight are unrealistic.

Lindsay Pattison, Chief Client Officer of WPP, stated: “Advertisers tend to flatten womanhood and our health needs into a demographic box. But women's health is far more dynamic and nuanced than how it’s currently presented in the media. Our industry has a responsibility to transform how women are portrayed and provide more multifaceted representation and prioritize showing women’s mental health more authentically, weight more realistically and reproductive health more inclusively.”

Women handle more than 80% of healthcare spending decisions in the U.S., according to the report, and they make up 65% of the workforce in the healthcare industry. And many say that they’re likely to be loyal to brands who tackle entrenched and pervasive taboos in media—and speak to them authentically and with dignity.

Christine Guilfoyle, executive vice president, SeeHer, said the findings “clearly demonstrate that consumers want content reflecting women in their multiplicity, with diverse needs and experiences, rather than monolithic storytelling. When it comes to depictions of women's health and wellness, there is much work to be done. With this study, we are launching a new vertical, SeeHer Health, to accurately represent women's health and wellness-related issues across marketing, media, and entertainment.”

SeeHer was formed by the Association of National Advertisers and The Female Quotient in 2016.

The report concludes that the way in which brands currently connect with women is at odds with the way in which women self-identify. Nearly half (44% ) of BIWOC want to see more diverse representations of race/ethnicity in health communications, as the media places a strong emphasis on womanhood as young, white, cishet, and non-disabled.

The research also found women are rarely portrayed as they are, with brands instead prioritizing women doing extraordinary things. The report asserts that marketing efforts need to expand to focus on a broader, more diverse segment of women and decrease focus on “exceptionalism” to drive inclusion.

Per the report, women are still seen primarily in the context of their ability to care for others in marketing while survey respondents expressed the need to be seen as more than that.

WPP and SeeHer have also put together “The Marketer’s Hippocratic Oath to Women”, which states “to not only do no harm but to drive real change” and create better outcomes for women themselves, as well as their businesses.

More on the report, its conclusions and recommendations can be found here.