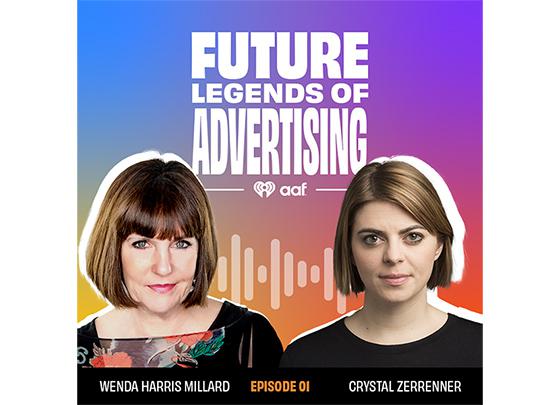 The launch is timed to the 30th anniversary of the AAF Advertising Hall of Achievement and will pair advertising luminaries with this year’s AHOA inductees in an eight-part series that will explore issues of interest to the industry such as branded content, data science, DEI and social impact, the industry’s talent pool, public service, and more.

“Who better to talk about the issues affecting our industry today and tomorrow than those advertising luminaries who have been there and those who are plotting the course of our future,” stated Gayle Troberman, Chief Marketing Officer, iHeartMedia.

The first episode drops today and features a conversation between Wenda Harris Millard and Crystal Zerrenner. They will be talking about the power and responsibility of taking big risks.