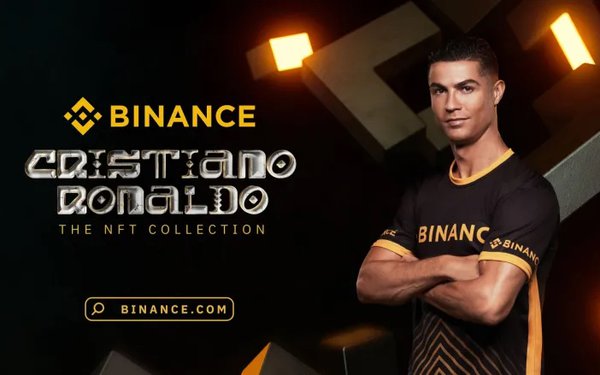 The launch will be supported by a global marketing campaign intended to introduce Ronaldo fans to Web3.

“We believe the metaverse and blockchain are the future of the internet,” says Binance co-founder and CMO He Yi. “We are honored to collaborate with Cristiano to help more people understand blockchain and showcase how we are building Web3 infrastructure for the sports and entertainment industry.”

Each rarity level comes with its own set of exclusive perks, including personal messages from Ronaldo himself, autographed merchandise, guaranteed access for all future Ronaldo NFT drops, complimentary NFT mystery boxes, and entry into giveaways with signed merchandise and prizes.

The first 1.5 million new users to register with Binance.com will receive a free mystery box, which may include limited-edition Ronaldo NFTs.

For U.S.-based users, Binance.Us -- the U.S. partner to Binance.com -- is providing a free souvenir NFT for thresholds of USD deposits made on the platform within the promotion period. Souvenir NFTs will grant whitelist access to purchase future Ronaldo NFTs.

Binance says that future sets of the Ronaldo NFT collection will become available in early 2023.

According to AdAge, Binance has a 60-second spot now running on TV, digital, and social channels across 74 countries and 28 languages.