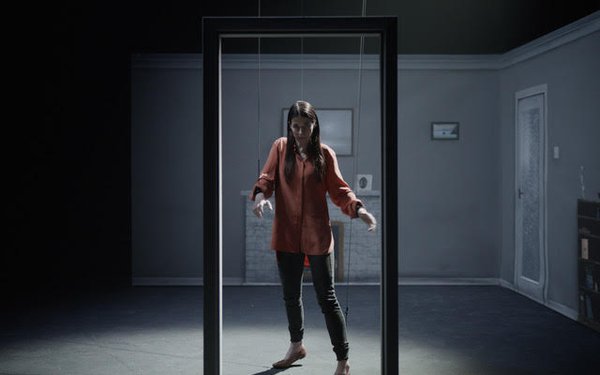 Wunderman Thompson UK has launched the next phase of its integrated Financial Abuse campaign entitled "Control."

The first incarnation, which debuted last week, was created with HSBC UK to educate the public on scams.

"The Faces of Fraud" campaign uses a pioneering AI to identify characteristics, such as gender, ethnicity, weight and age to predict what a fraudster’s face could resemble, based on voice data.

"Control" includes a TV spot with a specific focus: Those trapped in economically abusive relationships. The work underscores the "Safe Space" effort HSBC UK ran earlier this year. The bank will help anyone in a domestic abuse situation work toward financial independence. They do not have to be an existing customer.

The 30-second "Control" spot shows a woman whose arms and legs are attached to strings, limiting her movement. The message: ‘When an abuser controls your finances, they control you."

The campaign also has an online and on-demand video element. It will be supported by radio and out-of-home at times users are more likely to be on their own. A QR code lets people access helpful information about bank locations, etc. In addition, there is a community press component to reach more isolated victims.

Becky Moffat, CMO at HSBC UK, said: "Escaping an abusive relationship isn’t as simple as walking out of the door. ... We hope to build awareness of the link between domestic violence and economic abuse and control, offering our services to those who need it through targeted placements to spread this message as far as possible.”

“Financial abuse is one of the most sinister forms of control. Without access to money, there’s nowhere to go. We hope our campaign helps give as many people as possible a way out of these coercive relationships,” said Mike Watson, creative director at Wunderman Thompson UK.