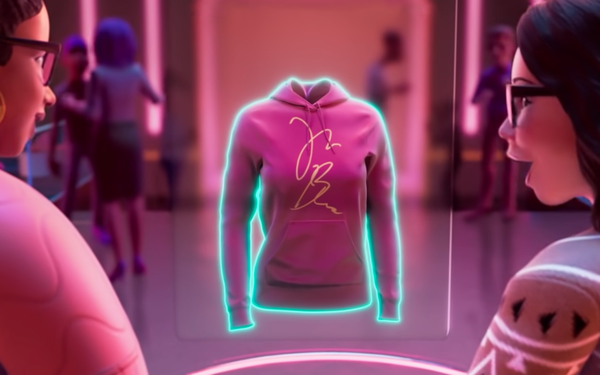 The tech giant argues that existing laws and regulations will apply to blockchain and metaverse technologies, as well as related economic opportunities.

Meta’s policy paper covers the future adoption and promise of blockchain technologies, digital IDs, virtual services and digital assets -- all things the company argues will be staples in the metaverse that fuel an evolving creator economy.

Meta believes that the continued development of a thriving creator economy depends on regulatory treatment that does not discriminate based on the technology at use, and “does not impose undue requirements on individual creators who choose to register ownership of digital goods using blockchain.”

Digital goods and assets, Meta believes, will be important building blocks of the metaverse ecosystem, serving as the basis for new categories of personal property, and new user-friendly and efficient ways to register ownership.

“While this will require some time to assess, we welcome governments exploring how to provide greater legal clarity,” the company writes.

Alongside the ownership of digital goods, Meta thinks digital IDs will open up new economic opportunities for people. When paying for a digital/virtual service, the company believes digital IDs will provide identity verification without forcing people to share their personal information.

Meta also believes that services in the metaverse, which will rely on crypto payments, should be treated the same by the government as services in the real world, for now.

“A creator who makes NFT-based digital art should be treated by regulators as analogous to an artist who makes physical art,” the company argues, adding that current consumer protections surrounding physical goods may not be “well-suited” to blockchain-based digital goods, allowing for new laws once these markets have developed.

The company alludes to “the further adoption of web3 technologies” in a way that highlights the public’s current unease around cryptocurrencies, blockchain, and the metaverse, especially following the deceitful and illegal actions of FTX, and an ongoing “Crypto Winter.”

Governments around the world have been slow to understand and react to emerging web3 technologies, especially in the U.S. as policymakers are only beginning to consider the policy implications of Zuckerberg's vision of the metaverse.

Still, while brands slowly develop virtual stores and “metaverse” gaming platforms like Roblox and Fortnite continue to attract hundreds of millions of players worldwide, experts say that a virtual interoperable world is years from becoming a reality.

Meta, which rebranded from Facebook in October 2021, has invested billions of dollars in its own vision of the metaverse, a developing immersive interoperable virtual world that people may one day use when working, shopping, hanging out, and playing games.

Due to the economic slowdown and other factors, Meta CEO Mark Zuckerberg recently said that business messaging on Meta-owned platforms like WhatsApp and Messenger -- will be the next major pillar of its business, while also stating that metaverse development remains the company’s primary long-term goal.