Stagwell Brings The NFL's Rams ARound 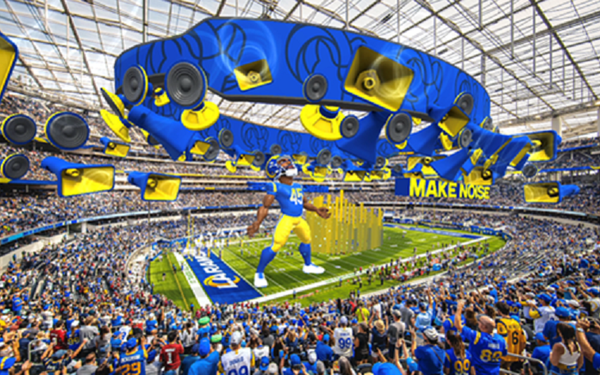 In August, Stagwell brought its augmented reality platform ARound to Major League Baseball when it debuted at Target Field in Minnesota.

Now the National Football League has bought in--The Los Angeles Rams introduced the platform over the weekend at SoFi Stadium.

Developed by Stagwell’s Marketing Cloud unit, ARound is designed to enhance gameday fun at stadiums and other venues with live AR experiences. Consumers interact with the platform via smartphones.

For the Rams, fans can view effects like “Rampede” and “Make Noise,” which come to life on the Rams’ in-stadium videoboard, The Infinity Screen at certain times like when a touchdown is scored or when the team takes the field.

ARound now also provides an at-home experience mirroring what is happening during the game at SoFi Stadium. That’s achieved with technology that integrates with the broadcast feed.

Online finance company SoFi, which has naming rights to the Ram’s stadium is sponsoring the ARound experience at the stadium.