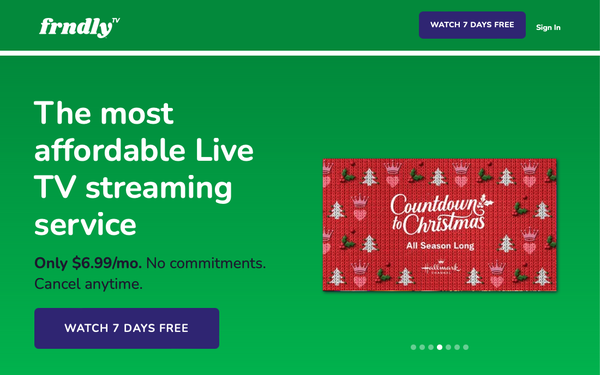 Frndly TV does not carry high-priced broadcast networks or cable TV sports that can charge pay TV distributors pricey carriage fees -- which in turn are typically passed on to subscribers.

The virtual pay service, which is carried more than 40 live cable TV networks, has a starting price of just $6.99 a month.

Many full-service virtual pay TV services -- which include broadcast networks -- typically have a much higher starting price of around $40 a month (Sling TV) to $69.99 a month (Hulu+Live TV).

Frndly TV’s nearest competitor -- Philo -- is priced at $25 for more than 70 channels a month and does not carry broadcast or sports TV channels.