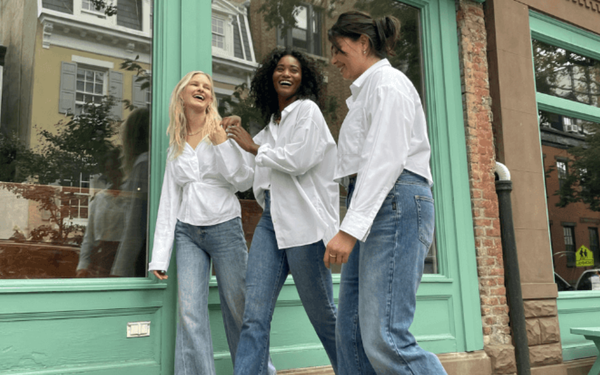 With sales shrinking and losses swelling, Stitch Fix says it's shearing marketing spending. And rather than trying to win new fans, it will focus on consumers already familiar with the brand.

For the first quarter of its fiscal year, the San Francisco-based online personal stylist says revenue sank 22%, to $455.6 million. The number of current customers slipped 11%, to 3.7 million. It posted a net loss of $55.9 million, compared to a loss of $1.8 million in the year-ago period.

Stitch Fix forecasts similar declines in the coming quarter, predicting a drop of between 19% and 20% in sales.

As it looks to improve its fortunes, the apparel company says it now plans to spend between 5% and 6% of sales on advertising, down from 9%. And it is shifting focus to its people already familiar with Stitch Fix, including lapsed customers, using different channels like affiliates, influencers and more SEO.

"As a business, we have relied on digital performance-based channels and lower funnel spending on client prospects," said Elizabeth Spaulding, chief executive officer, in a webcast call for investors. "While these channels did and still prove to be successful, they are now less efficient than they once were. In addition, we have a pool of over 10 million consumers that have already interacted with us but have not recently or ever made a purchase, [whom] we can more directly target or bring back into our ecosystem."

Observers see plenty to admire in the company's approach, and point to improvements in conversion rates as proof its efforts to remove friction are gaining ground.

"But this was more than offset by an increase in lapsed customers as consumers pull back on spending," writes Mark R. Altschwager, who follows the company for Baird. "Lower net active clients and increased industry promotional competition drove revenues to the lower end of management expectations."

And while the marketing reductions will help profitability, Altschwager says the cuts also delay the company's timeline for recapturing growth. "Questions on the platform's potential–a large total addressable marketing or niche appeal–will linger as the active client base erodes."