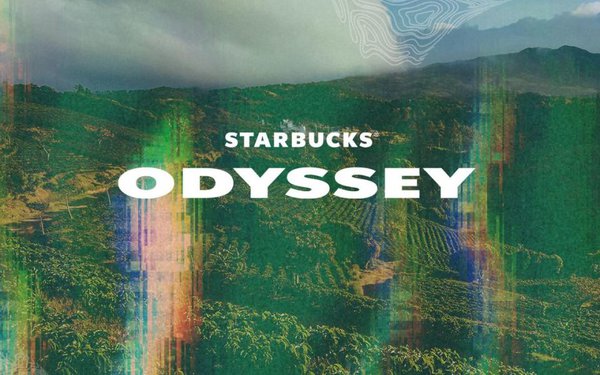 This past September, global coffee mogul Starbucks officially gave the name “Odyssey” to its Web3 rewards loyalty program and NFT community, opened its waitlist (which the company said “far exceeded” its expectations), and declared a launch later in the year.

As of Thursday, Starbucks is inviting its first group of U.S. beta testers to try out Odyssey, a new program being touted by the media and Web3 enthusiasts as a notable opportunity for mass adoption of cryptocurrency, blockchain, and non-fungible tokens (NFTs).

One reason the Web3 program is expected to be a success -- despite an ongoing bear market and encroaching “Crypto Winter” -- is the familiarity of millions of people with Starbucks’ current rewards program, which Odyssey directly stems from.

Instead of customers earning “stars” that can be redeemed for free drinks and other rewards, Odyssey goes beyond a free beverage by inviting customers to engage with interactive activities called “Journeys” that allow members to earn “Journey Stamps” -- another more appealing name for NFTs.

Journey Stamps -- a coffee-themed NFT hosted on the Polygon blockchain -- are earned at around 500 points.

Stamps can be used to unlock three levels of benefits and special experiences, including a virtual class that teaches customers how to make espresso martinis, or access to rare merchandise.

Toward the top-most benefit tier reside real-world experiences, such as an all-expenses paid trip to Starbucks’ lavish Hacienda Alsacia coffee farm in Costa Rica, and events at Starbucks Reserve Roasteries.

Customers can accumulate points over a year, then they reset. However, their NFTs will remain in their account. The company says Journey Stamps will eventually be integrated into the Starbucks App.

Starbucks is also trying to make their Odyssey program as accessible as possible. For example, the company will not require members to have a crypto wallet, own cryptocurrency or have any understanding of Web3 technologies. Stamps can be bought with a credit card.

Next year, the company says it will release Limited Edition Stamps designed by outside artists, which members can purchase to support causes chosen by Starbucks employees and customers. An unknown portion of the sales will go to Starbucks, providing the company with an additional revenue stream.

In January 2023, Starbucks will begin sending out monthly invitations to a wider group of waitlist members.