Independent Agency of the Year: PMG 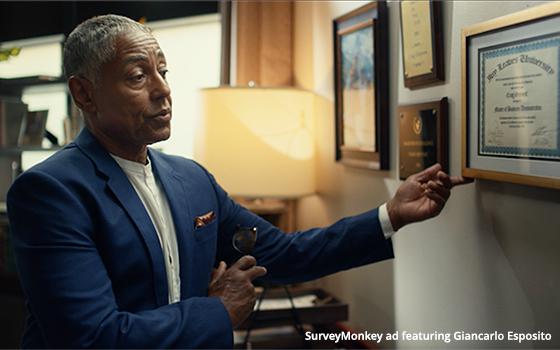 If Nike is correct, MediaPost likely will be naming PMG our overall media agency of the year in the near future -- because it is betting the Texas-based independent is, in fact, the agency of the future.

But just making that $1 billion media-buying bet -- at a time when the nature of media is changing so much and so fast -- is a major reason that we once again named it our independent agency of the year for 2022.

“It was a validation of our vision,” founder and CEO George Popstefanov acknowledged. However, he added that he winced when another trade publication described it as a win by a “relatively unknown digital agency.”

He says he winced for two reasons. The “unknown” reference, obviously, because PMG already had a long, solid track record that deserves industry recognition. (MediaPost named it our independent agency of the year two years ago.) But also for the dismissive categorization that it was a “digital agency.”

Yes, PMG has chops in digital media, but that is true for all the media it helps clients manage. And their data. And their insights. And their technology. And their content. And their creative. And their business actions and outcomes.

What ticks Popstefanov off is that the industry at large still had not understood what PMG actually does.

But Nike does. And so do about 40 of the top 50 Fortune 500 companies that have moved their business to PMG -- not just to manage media, but to help them solve problems and simplify and optimize the processes that go into and come out of media management.

The agency employs more than 100 engineers -- which likely matches, if not surpasses, any of the big agency holding companies it competes with.

Most importantly, it employs them for one simple reason: to enable its marketing clients to work better and more simply so they can focus their resources on their core products and services.

As a result, every one of PMG's clients, including Nike, now licenses its proprietary technology platform -- dubbed Alli -- which is built into their contracts as an SaaS subscription model.

The reason is that the technology is integral to enabling PMG to optimize all the data inputs and outputs in order to improve operations, measure results, and execute campaigns in an increasingly complicated marketing world -- where clients like Nike are not just looking at what is going on now, but how they will operate and interact with their customers in the not-too-distant future of Web3, metaverse and whatever comes next.

If PMG has a secret sauce, it is both its Alli platform as well as its team of media, strategy, planning, creative and business solutions people who work in an agile way to constantly improve its clients' operations.

And to do that, the PMG team works directly with publishers and media platforms to ensure it is jointly developing the next generation of client solutions with them as beta and even alpha testers, as well as co-developers.

So when Google introduced its Performance Max solution for big retail marketers in early 2022, PMG's team had already integrated it into Alli. That is important, because a significant part of PMG's roster is the big retail marketers that moved their business to the agency for precisely those reasons.

And while Nike straddles both worlds -- manufacturer and retailer -- the effects of its midsummer move to PMG could already be seen by year-end, according to MediaPost retail editor Sarah Mahoney, who in December reported that Nike had “trounced” its sales expectations for the year, based largely on the power of its D2C retail sales.

PMG executives, not surprisingly, would not comment on what they have been doing for Nike, but they did offer other client examples to illustrate how they used technology and people to innovate the way their clients go to market with media, as well as creative and performance.

A case in point was a campaign PMG developed for SurveyMonkey, featuring actor Giancarlo Esposito (who portrayed the character Gus in “Breaking Bad” and “Better Call Saul”).

The campaign was conceived, cast Esposito, and produced in four weeks, all based on insights mined from the “zeitgeist” utilizing Alli's technology.

“That's where the future of our industry is threading,” Popstefanov boasted, adding: “Most agencies would have taken 12-16 weeks to do that.”

It's not just the data mining, machine learning, and automation powered by Alli that differentiates the agency, but the ability of PMG’s account teams to move with agility based on its outputs that differentiate it from the big holding companies it is competing with.

“Our competitors have to show up with six or seven sister companies to do the same remit -- the same scope -- that we can do, because we've been fully integrated since Day One,” he says, likening PMG's team to the kind of “consistent customer operations” one might expect when dining at an elite restaurant like 11 Madison or the French Laundry.

“It’s all about the consistency of the experience,” he says, adding: “We think about what we are doing the same way.”