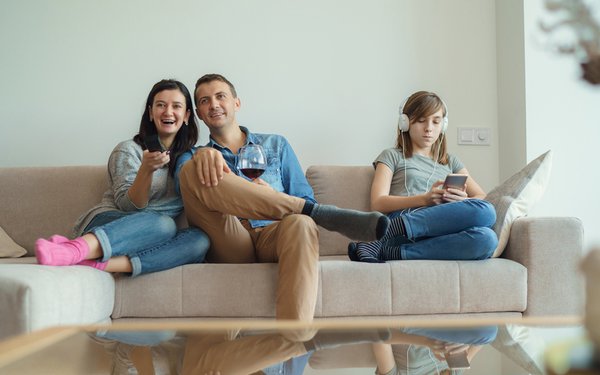 Young media consumers' high usage of short-form video content -- via social media and other platforms -- is not breaking news.

But perhaps their trend line as they get older might be, according to a recent Horowitz Research study.

Let's start with the obvious: It found GenZers 13-17 watch much less professionally produced long form TV content than older audiences. They tend to focus on short-form stuff they can get on their mobile phones -- like TikTok, and other social media.

Slightly older 18-24 GenZers do watch somewhat more long-form video. For example 71% of them -- use Netflix either by paying for it, through their parents or someone else's accounts, or they share the cost.

This is opposed to 64% of those 13-17, where the majority (53%) are using it through their parents or someone else's account.

Adriana Waterston, chief revenue officer of Insights & Strategy of Horowitz, reminds us that “engagement with short form does not totally cannibalize long-form viewing. Young people today are still watching professionally produced TV content, just less of it compared even to older audiences within their generational cohort.”

Historically, all this is not new, she says. In the 80s, young media consumers could be found watching short-form videos via MTV.

In the future, research should be looking at short-form video consumption or social media usage for those 55 years and older, say ten years from now, to see what really has changed.

Currently, time with media has grown substantially over the years -- now at its highest levels ever -- because of the mobile phone. But remember, a huge chunk of this includes the likes of multi-tasking -- especially those consumers who watch TV in their homes while watching scrolling through their mobile content.

Younger media consumers who can't pay for streaming aren't much different than decades ago when they were not paying for cable TV packages in, say, the 1980s.

Media analysts will talk about fractionalization of media, as well as the growth of media overall. So does that mean even shorter attention spans to come?

Those who continue to promote “attention” metrics of advertising would say: “Hey, look this way for real results.”

Even in the streaming world we can see this. Maybe that's why Netflix starts up and ends shows quickly. They want to keep pace with attention deficit minds.

So what will Netflix, and other streamers look like ten years from now. Maybe Quibi had the right idea after all.