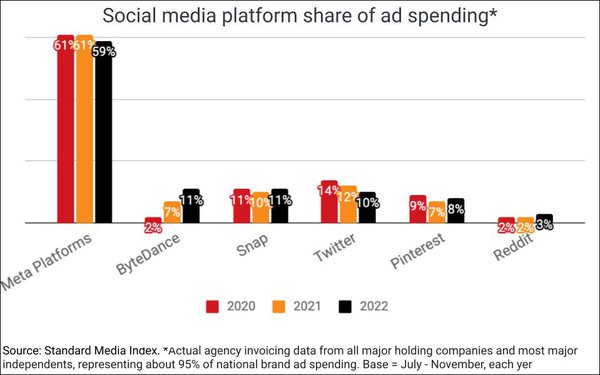 Twitter's share of big agency/advertising spending on social-media platforms fell to 7% in November -- the most recent data available from a new analysis of the category released by Standard Media Index.

The data, which represents the share of social media ad spending invoiced by the major agency holding companies and major independent media agencies, is estimated to represent 95% of national brand ad spending, although it likely is a minority share of ad revenues derived from social-media platforms, which generate most of their ad sales directly from small- and medium-size businesses or brands not affiliated with big agencies.

The data shows Twitter's share fell from 14% in November 2020, though a broader time frame analyzed by SMI -- July through November of each year -- shows Twitter averaging a 10% share of the social media marketplace, down from 14% for the same period in 2020. 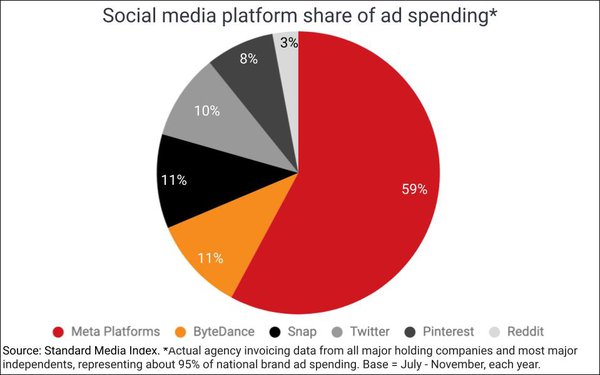