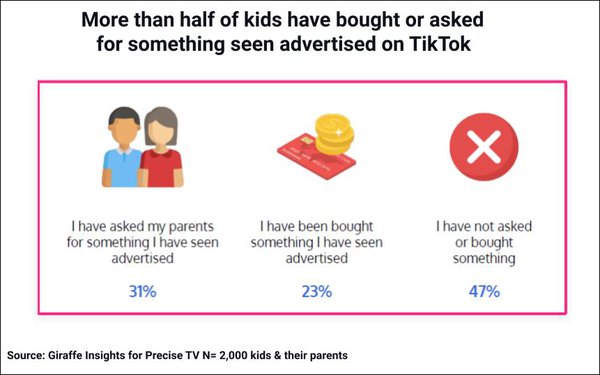 While YouTube remains the most-watched video platform among U.S. kids, TikTok is rapidly gaining both viewership and purchase influence, according to the latest study conducted by Giraffe Insights for Precise TV.

The research surveys 2,000 U.S. children ages 2 to 12 and their parents about video consumption behaviors across broadcast TV, subscription video-on-demand (SVOD), ad-supported VOD (AVOD), connected TV and social media to glean insights about how best to reach and engage kids.

This year’s survey, conducted in November, shows 84% of kids accessing video content through YouTube AVOD, followed by SVODs Netflix (52%) and Disney+ (49%), then Tiktok (34%). 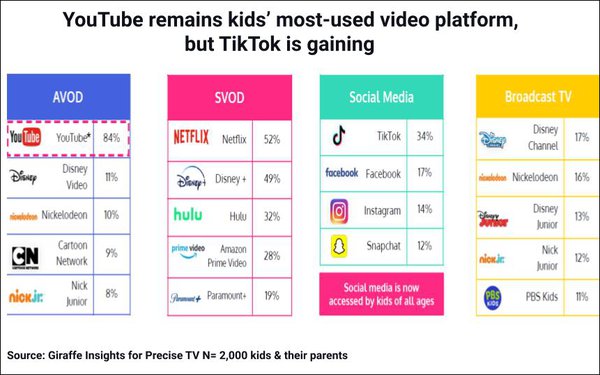 As for ads, asked where they see the “best” commercials, 27% cite YouTube, and 21% broadcast TV, but TikTok is virtually tied for third place with SVOD and websites. 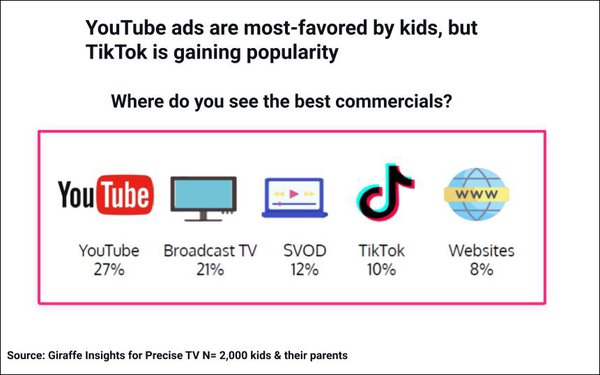 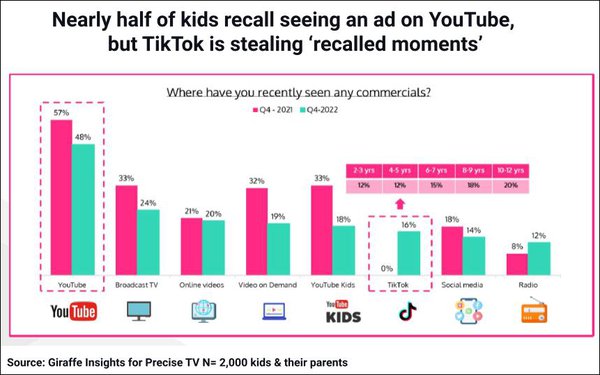 Some of the other findings:

*Thirty-eight percent of parents say they worry “a little” about the content their kids are consuming on social media, and 21% worry “a lot,” with parents of kids between six and 12 expressing the most concern.

*Targeting both parents and kids during co-viewing times is the key to effectiveness. Nearly all parents co-view content with their kids, and nearly half do so daily. Further, seven in 10 parents say their kids have asked for something they see in an ad while co-viewing.

*Kids’ gaming watch time in increasing. Eight in 10 kids say they own or want toys from Roblox.

*One in 10 parents have used a QR code to make a purchase from a TV ad. QR-driven purchases for kids tend to be toys, food or video games.