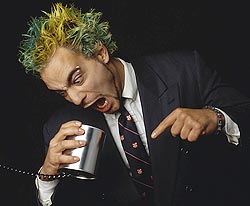 Call it the customer feedback riddle: A new survey shows that while 85% of shoppers say they provide customer feedback to stores when asked, only 29% believe it does any good. And only two in five think retailers care what they say, anyway.

The study, conducted by Empathica, a Toronto-based customer-experience consultant, and based on feedback from 6,500 U.S. consumers, revealed widespread cynicism about stores’ endless customer-feedback efforts. Only 46% think brands actually use feedback to make constructive changes, and only 52% think chains go to the trouble of conveying the feedback to individual locations. But 81% wish they would.

In fact, 83% say they would be more loyal to a store if they could be sure their comments were taken seriously. Two-thirds say they prefer to do their kvetching or kvelling online. And while face-to-face was the next-most popular choice, it was only selected by 13% of the respondents.

Shoppers don’t seem to require any incentive to weigh in on a store’s performance. And 82% say they are more likely to comment about stores and locations they visit often. As more evidence that consumers are paying closer attention to customer reviews, three out of four survey respondents want to see what others have to say about the brand as well.

“Our research proves that consumers really do want to provide feedback and engage in conversations with brands,” the company says in its release. (Empathica administers some 30 million customer-satisfaction surveys each year.)

“But at the same time, they are clearly disappointed by not having any visibility into what happens afterwards. Feedback remains a one-way street and what consumers are yearning for is two-way dialogue. They want to know that their feedback is being acted upon in ways that will drive meaningful changes to the customer experience at the locations they frequent.”