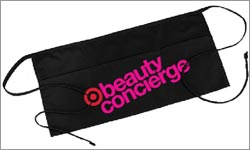 Shove over, Sephora: Target is testing a new Beauty Concierge program in 28 stores in the Chicago area. The retailer is unleashing 14 black-clad, brand-agnostic specialists who will help shoppers with skin care, makeup and hair care. Equipped with mirrors and iPods, the pros will dole out samples, advice and instructions.

“We want to differentiate ourselves, and provide a unique, exclusive perspective across all our brands,” Evan Miller, a spokesperson for the Minneapolis-based chain, tells Marketing Daily. He says the idea grew out of the company’s effort to refresh its general-merchandise stores, an effort known to insiders as PFresh, which included upgrading beauty departments. “This is sort of our next step,” he says.

Metrics for the success of the program, which was developed by Brand Connections, a New York-based consumer experience agency, will include basket sizes, sales within each beauty department, and the rate of returning customers, he says. Depending on results, the nine-month test could eventually expand to 450 stores.

The company is promoting the test with in-store signage, as well as geotargeted digital efforts to reach Chicago shoppers.

Beauty sales are a big deal for the chain, with some 15,000 SKUs, making it one of the biggest departments in each store. And in addition to many mass brands, the company has also made a name for itself with exclusives, including its private-label Sonia Kashuk, Pixi, and JK Jemma Kidd lines.

Miller says Target intends to beef up those offerings, too, “aggressively focusing on skin care. Starting Aug. 26, we are bringing a higher-end, dermatologist recommended skincare brand to Target -- one that hasn’t been available at mass before. We know that our guests are continually looking for higher-end, more exclusive brands in beauty, when they come into buy groceries and other merchandise.”

Of course, Target isn’t the only mass merchandiser coveting the higher-end beauty shopper. In January, Walgreens unveiled an upscale concept, also in Chicago, that even has pricey wines, a juice bar, and sushi, as well as manicures and a Look Boutique, showcasing prestige and niche cosmetics.

Target chose Chicago because it has a wide variety of Target formats, as well as a diverse swath of customers. Although it is on the verge of opening one of its newest concepts -- an urban Target -- in Chicago, it will not include it in the concierge test, he says.