Q&A: A Social Olympics? Or Mobile? 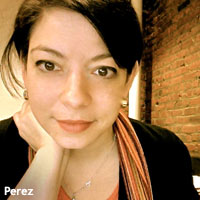 It’s over. The athletes are icing their knees; the broadcasters have fled via Heathrow; and even the Spice Girls have taken a taxi home. But before the London Olympic Games -- and the vision of thousands of fans waving their smartphones as they broadcast the events on their own -- fade away entirely, Marketing Daily wants to take the full measure of the most digitally driven Olympics ever. We asked Elena Perez, director of marketing for Medialets, a brand advertising platform for mobile, to weigh in:

Q: What impact do you think mobile had on the games this year?

A: This was the first time we had a truly mobile Olympics. When we go back to 2008, the iPhone was new, the app store had just launched, and the BlackBerry was the most popular smartphone. And even by the time we were in the 2010 Winter Olympics, the smartphone was maybe at half this much penetration. The iPad hadn’t launched. At one point, I saw a camera shot of someone holding an iPad taking the exact same shot, and it was really exciting.

Q: What about the interplay of social and mobile?

A: The sharing of content was largely happening on mobile. So when people say, 'Is this a social Olympics? Or a mobile one?,’ I think the bigger point is that social sharing is enabled by mobile. The individual becomes the broadcaster, and any one thing that is shared goes so much further. The same is true of video. About 50% of streams from NBC came from mobile devices. I can’t wait to see what that percentage will be in the next Olympics.

Q: Did you see any downside to fans’ hyper-attachment to phones during game?

A: No. Phones help people be more connected to sports, and to the Olympics. It increased the intensity, even with the controversy surrounding delayed broadcast.

Q: Which of your clients do you think stood out most?

A: I thought Polo Ralph Lauren's effort was really amazing. It’s not the first time the company has done a New York Times iPad app takeover, but it is the first for the Olympics. Every element, every banner, allowed you tap into a magalog, where you explore all kinds of content, including videos, athletes’ stories, or background on a given sport. And you could even buy uniforms you like; Polo designed them. Beyond the creative, the media angle was interesting. It unlocked the paywall of the Times, so people could access content previously available only to subscribers. Samsung’s ads also offered a lot of content and utility.

Q: Do you think brands that didn’t include a mobile element linked to the Olympics missed out on much?
A: Well, I think brands are at a comparative disadvantage if they are not there. And unlike other digital advertising, there are not as many ad placements squeezed on a page. So advertisers get a larger share of voice, and that is an advantage.