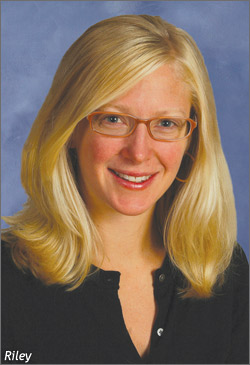 Riley's move points to a maturing market. She began her career at Advertising.com, now part of AOL, "watching smart people do really cool things." As an analyst, she missed rolling up her sleeves and solving tactical problems. Calling those days "the golden age of digital marketing," she decided to jump back in.

Jeff Hirsch, CEO at Underdog Media and former AudienceScience CEO, calls it "a good sign" that someone with Riley's "industry insight" joined the company.

Today, AudienceScience supports clients in more than 25 countries, but there are opportunities to expand from Japan into other countries in Asia, Hirsch said. He still sits on AudienceScience's board.

At Forrester, Riley focused on digital media buying to help marketers get the most out of data and understand the fundamental shifts and best practices for becoming a multichannel media buyer.

The ability to strip personally identifiable information from first-party data and combine it with second- or third-party data to personalize campaigns creates tighter relationships between brands and consumers worldwide, Riley said.

Earlier this year, the AudienceScience board named former MediaMath exec Mike Peralta to president. Peralta pulled in Riley, who has been an influential part of the online advertising and digital publishing business as an executive and analyst since the mid 1990s.