Do CMOs Know When They're Lying? 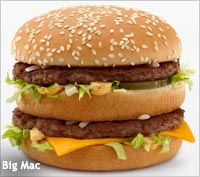 Want to know the biggest trend emerging from last week’s Association of National Advertisers’ Masters of Marketing event? Get your “I call bullshit” buzzer ready. As consumers’ ability and interest in monitoring corporate behavior intensifies, major brands like McDonald’s, Johnson & Johnson, and Coca-Cola are clearly injecting corporate-social-responsibility messages into marketing platforms as never before.

Trouble is, telling the truth has never been a marketer’s strong suit. In fact, we are still shaking our heads at how distorted some of these hybridized half-pitches, half-aren’t-we-a-good-company messages are.

Take McDonald’s. “We believe a brand must stand for something,” Neil Golden, the company’s SVP/CMO, tells a rapt Orlando audience. “We have to market the character of our brands with the same discipline as our products.” In great detail, he explains how the company is combatting consumer “misperceptions,” as well as the company’s extensive commitment to children’s “well being.”

All true, to a degree. “Super Size Me” aside, no reasonable person can blame the entire obesity epidemic on a single brand. And who can’t get behind McDonald’s beefing up its healthy offerings, especially those aimed directly at kids? Certainly not we, who admit to a major soft spot for those fries, and cave in on a Big Mac at least quarterly.

Next up: Keith Weed, Unilever’s chief marketing and communication officer, who gave one of the conference’s most compelling presentations as he described the company’s new business model, including dumping forecasts and quarterly reports to help it focus on sustainability. “You can make lots of money and save the planet, but you have to design that in.”

Weed makes the case (and beautifully) for transforming CSR from an annual-report afterthought to an integral part of every brand. “We talk about reinventing marketing,” he says, “and encourage our marketing teams to put people first. Not consumers, but people. It’s not a head of hair waiting for shampoo, or a pair of armpits waiting for deodorizing—what are their fears, hopes, dreams?”

And, of course, he (rightfully) brags about Dove, which has probably done more for women’s self-esteem than Oprah Winfrey.

“We can no longer do this alone,” he says, flashing a PowerPoint screen showing off its partnerships with groups like Oxfam, UNICEF and … Greenpeace. Whoa. Greenpeace? The group that dressed like orangutans back in 2008, and took over the steps of Unilever offices, demanding it stop destroying rain forests? Greenpeace, which produced the heavily viewed video mocking Dove’s Evolution, showing consumers close-up what a decimated rainforest looks like?

Yep. While it might suit Unilever, now leading the industry charge to protect the rain forests of Indonesia and Malaysia, to spin this message as if it is an Eagle Scout, it’s not quite true. These reforms aren’t about Unilever’s goodness, but about consumer activists. (Separately, Unilever just announced a handwashing initiative that it says will improve the health of 1 billion people.)

For fibbing on a bigger scale, let’s move to BP, whose CMO Luc Bardin talked semi-candidly about

moving what must be one of the most reviled brands in history to a happier place.

From there, Bardin walked attendees through the company’s oh-so-beautiful Olympic campaign, which proudly features disabled athletes, too. These new ads, he says, convey “BP’s brand characteristics of honesty and integrity.” Hmm. Judging from the eye-rolling going on around us, “honesty” and “integrity” aren’t how most people define BP, anymore than “nutritious” is how we’d describe the McGriddle we watched our husband eat for breakfast.

Of course, the CMOs may actually believe consumers see brands (and the companies behind them) this way. Or maybe they think it’s a kind of Jedi mind trick, and if they say it often enough, consumers will believe it. Or, more cynically, maybe it’s a calculated form of misinformation: “If I say my company is good, consumers won’t believe me, but maybe they will think I less bad than my competitors.”

Every time they see sales tick up, they may even tell themselves that it’s because customers buy the message they’re selling. We’re not so sure about that. We’re betting consumers just want fries with that, clean hair and a full tank of gas. But we think they may be better at malarkey-dodging than the average CMO.