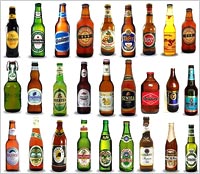 After sinking to its lowest U.S. consumer satisfaction levels in two years during the first half of 2012, the imported beer sector has largely rebounded, according to YouGov BrandIndex.

Imported beer has followed the same consumer perception pattern this year and last. Perception starts from its highest point in January, slides down for the first six months, and then climbs back up in the second half. But this year, the sector’s perception level sank lower than last, and still has some ground to make up to fully recover.

One reason that importers improved may have been summer marketing campaigns, said YouGov spokesperson Drew Kerr.

“Seasonality is very important for brands like these,” Kerr said. “We also think while beer drinkers may have rebounded with imported brands, they are still not quite smitten with how the brewing formulas have been tinkered with after industry consolidation.”

Domestic beer brands remained relatively steady in consumer satisfaction the first six months of the year, but then eroded to their lowest levels since December 2010 through mid-August. This sector’s satisfaction levels have since risen modestly, and are still substantially below levels seen during the first half of the year.

The domestic and imported beer brand sectors were measured with YouGov BrandIndex’s Satisfaction score, which asks respondents: "Are you a satisfied customer?" Results were filtered for respondents age 21 and over.

The domestic beer satisfaction score started at 15 on Jan. 2, the highest it had been since August 2008. It cooled down to the 11-12 score range for the next few months, and then swung up to an even higher 16 score on May 17.

Domestic beer’s satisfaction score dropped significantly from 14 on June 11th to 4 on July 13th, and now stands at 8.

The current satisfaction score gap between the imported and domestic beer sectors is 23 points.

YouGov BrandIndex interviews 5,000 people each weekday from a representative U.S. population sample, more than 1.2 million interviews per year. Respondents are drawn from an online panel of more than 1.5MM individuals. Margin of error is +/- 2%.