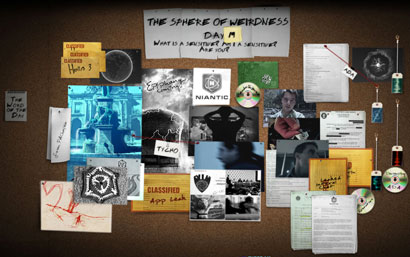 Google will soon begin testing the integration of brands like Jamba Juice into a virtual reality mobile game launched in beta. The pilot will test whether the game can lead traffic into physical stores, as well as online.

Niantic Project, the back story of the game, integrates with the physical world to run in real-time. Based on geolocation and mapping technology, the free downloadable Android game, Ingress, allows people to participate in the fictional project. Google's Project Glass, eyeglasses that founder Sergey Brin demonstrated at the I/O conference, will likely become an accessory to the game, though there has been no discussions between the two Google groups.

Aside from Jamba Juice, Archit Bhargava -- product marketing manager at Niantic Labs, an app development division at Google -- said several brands, such as PopChips, Zipcar, Hint, and Chrome Bags Store have stepped up to begin testing the platform in the near future.

Google will integrate a brand's products or physical location into the game. Bhargava describes one option as using QR codes to provide special game codes to players. Similar to the social site Google+, the experimental app launched in beta allows players to invite others to join in.

As fiction, the game describes the app as a leaked piece of technology allowing people to use a smartphone camera to view exotic matter and portals around them in the physical world. In reality, it's a free downloadable app from Google Play for Android-running smartphones that will become the marketing platform for brands.

The narrator, P. A. Chapeau, describes the journey through a series of notes and clues pinned to a pegboard, as well as shareable content on Google+, Facebook and Twitter.

Ingress is not the Niantic Labs's first game. Earlier this month, the team introduced Field Trip, an Android-based app offering information on nearby locations and deals, which explains the marketing offering through Ingress. Field Trip also relies on GPS and map technology to identify the phone's location and surrounding points of interest. It finds the information without searching for it.

Expanding the categories would provide marketers an easy method of serving coupons or deals in many more categories as consumers passed by stores. An opt-in process for users would reduce privacy concerns.