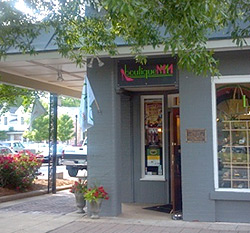 Mobile platform providers have begun to figure out how small, local businesses can benefit from digital marketing. edo interactive, a tech startup combining discounts and bank cards, introduced a pay-per-performance marketplace where businesses monitor the campaign in real-time and only pay when a consumer redeems an offer.

The technology and marketplace allows local merchants to target consumers and increase loyalty with offers tailored to customers' shopping habits, serving up discounts on mobile devices. A data analytics engine based on the predictive modeling supports the marketplace, and frequent buyer cards measure and track effectiveness of the campaigns. Merchants also can extend targeted offers to current and prospective customers without installing additional point-of-sale (POS) systems.

Bill Baskin, proprietor of Boutique MMM, a small Franklin, Tenn. merchant specializing in handbags and footwear, began offering a 10% discount and enrollment in a rewards program through the platform earlier this week. "We've spent thousands and thousands of dollars through local print and radio media," he said, pointing out that the mobile campaign won't cost a penny until someone buys something.

BIA/Kelsey estimates that merchants will soon spend $3.1 billion on local mobile ads in 2014, compared with $2.9 billion for national mobile advertising, up from $2.1 and $2.2, respectively. The national number drove the most market share during the past years but local spending continues to surpass averages. Precise location targeting and flexible business models, similar to edo's platform, maintain a pace to spur adoption.

edo supports relationships with more than 140 banks, from Ally to Fifth Third Bank, giving merchants access to about 100 million cardholders. Jeff Fagel, edo VP of marketing, said each person gets between three and five offers from their bank based on specific spending habits and behavior. He said this model also works for banks to build loyalty.

"The banks are investing the dollars to drive innovation, loyalty and card use," Fagel said. "They're competing against Google, Groupon and daily deal providers to become the owner of local offers."