Brand Engagement: More Powerful But Rarer Than Ever 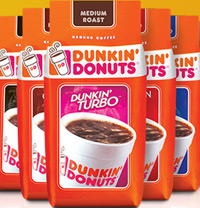 Editor's Note: This week, Marketing Daily brings you exclusive coverage of the Brand Keys 2013 Customer Loyalty Engagement Index (CLEI). Each day, expect a full report on key product/services categories from among the 54 surveyed for this year’s study, including automotive, electronics, retail and technology. This first installment focuses on highlights from “consumables” categories: food, beverages, restaurants and spirits/beer.

By now, it’s hardly news that engagement and loyalty become more critical to brand performance every year. But the results of the new 2013 Brand Keys Customer Loyalty Engagement Index (CLEI), now in its 17th year, dramatically demonstrate just how difficult it has become for brands to achieve the meaningful engagement that drives loyalty and differentiates them from competitors.

The evidence: This year, 11 product categories that Brand Keys had previously tracked showed so little statistical differentiation in terms of brand engagement and loyalty that they were dropped from the index.

“While the names of the brands in these product categories are, of course, known, the data show that purchasing decisions within these categories are largely driven by rational factors, rather than emotional brand engagement factors or advertising and marketing messages,” reports Brand Keys founder and president Robert Passikoff. “Basics such as product functionality and distribution are givens, with pricing and promotions often being the dominant factors in purchase decisions.”

In fact, says Passikoff, price and other rational factors are driving consumer purchasing behavior to a growing degree in nearly every product and services category. That’s precisely why brands that manage to go beyond meeting consumers’ ever-higher expectations for basic product/services quality and customer service, and also manage to establish that increasingly rare true emotional engagement with consumers, are seeing a greater competitive advantage than ever, he stresses.

In short, “Lots of brands talk about emotional branding, but few are actually achieving that,” says Passikoff. “In many cases, commoditization has trumped true brand loyalty.”

Those realities, in turn, are important factors in the brand/product fallout and mergers and acquisitions that have greatly compressed the viable competitors within a number of product/services categories.

For the 2013 CLEI, Brand Keys surveyed approximately 39,000 U.S. consumers between the ages of 18 and 65, drawn from the nine U.S. Census regions. The survey’s technique/statistical analyses have a test/re-test reliability of 0.93, which provides assessments generalizable at a 95% confidence level.

Each year, CLEI respondents self-select the product/services categories in which they are consumers, and the brands for which they are customers. Surveyed consumers determine which and how many brands (375 this year) make the rankings within a given category in any given year. Assessments are based on an independently validated technique that identifies the core rational and emotional factors that drive consumers’ “ideal” for each specific category. The rankings in each category reflect how well, on an indexed basis, each brand met or exceeded the “ideal” for its category.

Among regular beers, Coors and Sam Adams are, as in 2012, tied for first place. Heineken (last year #3, tied with Michelob), is now tied with Miller for second place. (Miller rose from #5 last year.) Budweiser, #6 last year, jumped up to third place, tied with Busch (not in 2012’s rankings). Corona, last year tied with Stella Artois for #2, dropped to #4. Stella Artois dropped off of this year’s rankings, as did last year’s #4, Guinness. Michelob dropped two places to a #5 ranking this year.

Passikoff reports that Busch has never before made the CLEI rankings in either the regular or light beer categories. That, combined with the rankings gains seen this year by Budweiser and Miller varieties, seems to point to consumers swinging toward favoring more price-attractive brands in cases in which they don’t perceive there to be major taste differentiations among brands, he says.

As was true last year, “brand appropriate for all occasions” (a variant of brand value) was the #1 ideal-driver in both the regular and light beer categories this year.

As in last year’s CLEI, Coke is #1. Regular Pepsi has dropped from second place to fourth, tied with Sprite (which last year was tied with 7-Up in fourth place). Mountain Dew gained one place ranking (bumping Pepsi down). Dr Pepper retained its #5 ranking.  Fanta was #6 on last year’s list, but didn’t make 2013’s rankings.

Diet Coke retained its #1 ranking from 2012. Diet Mountain Dew, #3 last year, this year displaced Diet Pepsi for the #2 ranking (bumping Diet Pepsi to #3). Diet Dr Pepper and Diet 7-Up maintained their respective #4 and #5 rankings from 2012.

Passikoff reports that the top category ideal -- drivers both in regular and diet sodas -- were again “refreshing taste” and “brand appropriate for the whole family.” The importance of the latter, a variant of brand value, increased again this year, even as the importance of other loyalty drivers in this category decreased.

“Within the soda categories, a brand’s emotional and lifestyle resonance or relevance and, therefore, its advertising, continue to be highly influential in its loyalty ranking,” Passikoff says. “Coke’s performance in these respects have strengthened in recent years, whereas Pepsi’s are much lower than they were some years ago.”

Nescafe and Yuban, #6 and #7 last year, are now tied for #5 with Peet’s (which dropped two places from its #3 2012 ranking). Lavazza -- last year tied in fifth place with Caribou, Eight O’Clock and Millstone -- dropped to sixth place (whereas Caribou and Millstone dropped out of the rankings entirely). Maxwell House -- last year tied with Chock Full o’ Nuts and Seattle’s Best for fourth place -- is now #7. Seattle’s Best also dropped out of 2013’s rankings.

Taste/aroma and brand value continue to be the main drivers in this category.

Grey Goose retained its #1 ranking from 2012. Smirnoff -- #3 last year – is now tied for #2 with newcomer Tito’s. Ketel One dropped from #2 to #3, and is tied with newcomer Svedka. Chopin retained a #4 ranking, and is this year tied with Absolut, which moved up one place versus 2012. Stolichnaya also rose one place, to #5. Ciroc, tied with Stoli for sixth place last year, retained that ranking this year. Finlandia jumped from ninth to seventh place. Three Olives and Skyy, #7 and #8 last year, dropped off of this year’s rankings.

In this category, brand image was again the top ideal or driver, followed by distillation and smoothness.

[Note: For reasons not reflecting lack of differentiation among brands or category consolidation, Brand Keys did not rank brands in the tequila category this year.]

This year, Brand Keys combined its formerly separate adults’ and kids’ cereals categories, because the data trends now show that -- in contrast to past years -- the brand drivers are the same across cereals.

The most notable trend among cereals -- valid despite the combining of the two former subcategories, because consumers determine the number of brands in a category ranking based on sufficient differentiation -- is a shakeout in the brands that made the cut for the 2013’s rankings, according to Passikoff. Specifically, brands that made 2012’s rankings, but not 2013’s, include Chex, Fiber One, Post Raisin Bran, Life, Grape-Nuts, Kix, Cocoa Puffs and Honey Grahams.

This, in part, reflects the shift in brand loyalty drivers that was behind the decision to combine the adults’ and kids’ subcategories. Last year, brand value (taste and fit with lifestyle) was the #1 driver for adult cereals, followed by price/value. For kids’ cereals, the top drivers were brand family focus and taste -- with price/value being the least important driver. This year, across all cereal brands, the top drivers are brand value (taste and fit with lifestyle), followed by price/value. Takeaway: Pricing and promotions, already critical in adult cereals, have now assumed a more important role in influencing consumers’ brand loyalty regarding kids’ cereals.

This year’s #4, Wheaties, was #7 in last year’s kids’ cereal rankings. Honey Nut Cheerios, Honey Bunches of Oats and Kellogg’s Corn Flakes, now tied for fifth place, were respectively ranked #3, #4 and #8 on last year’s adult cereals list. Rice Krispies was #6 on the adult list, and is again #6 in 2013’s combined rankings.

This category saw notable shifts, starting with McDonald’s dropping to #3, after being tied in 2012 for #1 with Subway -- now alone in the #1 spot.

Subway’s heavily marketed “better-for-you” positioning (often conveyed via athlete fans) and customized offerings at modest prices clearly continued to resonate with consumers, says Passikoff. (He adds that its recent “Footlong” length controversy had not occurred when 2013’s survey was conducted, so its impact or lack thereof won’t be known until 2014’s CLEI.)

McDonald’s has, of course, also pushed to expand its “better-for-you” offerings, and has by and large managed to grow U.S. comparable-store sales (up 3.3% for 2012, albeit up just 0.3% in Q4) despite the intense economic and competitive pressures in the QSR sector. However, Passikoff notes that a somewhat lesser emphasis on its Dollar Menu (in favor of “affordable premium options”) may be one factor that contributed to its lower 2013 CLEI performance.

Burger King jumped from #4 last year to #2 this year. Besting McDonald’s is a big coup for BK, indicating that its new North American strategy -- including a new menu with healthier options and a celebrity-driven marketing campaign (with its “Exciting things are happening at Burger King” tagline) -- is definitely resonating with consumers, says Passikoff.

Perhaps reflecting Burger King’s greater traction, KFC dropped one place, to #4 this year. However, in a field this competitive, that’s a strong performance, Passikoff points out.

Taco Bell jumped from #7 to a fifth-place tie with Wendy’s (down from #2 in 2012). Clearly, Taco Bell’s menu changes -- in particular its hugely successful Doritos Locos Tacos -- have helped revive consumer loyalty for a chain that has seen more than its share of PR problems in recent years, says Passikoff. Wendy’s, however, seems to be losing a bit of the mojo generated by its natural-cut sea-salt fries intro and other menu enhancements, redesigned restaurants and logo, and updated marketing strategy.

Hardee’s, which continues to heavily market both its core and frequent limited-time offerings to those “young, hungry guys,” dropped one place, to #6. Meanwhile, troubled Quiznos  (hit in recent times by internal infighting with franchisees, massive store closings, and double-digit sales declines) was still hanging in there at #6 last year, but dropped out of 2013’s rankings.

Domino’s held its 2012 #1 ranking, but Papa John’s, tied for first place last year, dropped to #3. Pizza Hut retained its #2 ranking. Round Table, #4 last year, dropped out of the rankings in 2013, replaced in that spot by Little Caesars (#6 last year). Noble Roman and Sbarro are new to this year’s rankings, respectively in fifth- and sixth-place slots. Godfather’s dropped from #3 to #7, and Chuck E. Cheese dropped from #5 to #8.

No surprises here -- the rankings are identical to 2012’s.

The differentiation in engagement/loyalty among the brands in this category was very minimal this year -- so small that Passikoff says that if this continues, the category might be dropped from next year’s CLEI.

Still, the changes were significant enough to produce some notable shifts in rankings. Ruby Tuesday dropped from #1 in 2012 to #6 this year. It was replaced in the #1 spot by Applebee’s, which shot up from #7 in 2012 (where it was tied with Hooters -- which didn’t make this year’s rankings).